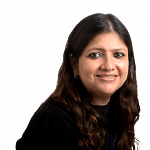 When I first met Mr Karibeeran Parameswaran in December 2005, he and his wife, Ms P. Choodamani, were still grieving the deaths of all three of their children in the tsunami. Their way of moving on was to open an orphanage in their home and adopt 16 tsunami orphans.

Nearly a decade later, their brood of adopted children has grown, and they have had two children of their own.

Mr Parameswaran has legions of famous admirers, including former United States president Bill Clinton, who was a special ambassador overseeing tsunami reconstruction. Organisations and people from the US to Australia have reached out, touched by his story. He has received awards for his extraordinary response to personal tragedy. With the tsunami's 10th anniversary, the local and international media are back.

Yet, none of these photographs is on the walls of his spartan home. There are also no newspaper clippings or DVDs of the media stories.

"Unless you forget about yourself, you can never serve others," he says.

He wants to help others live with "courage and confidence", but has no dreams left for himself.

"They were dashed 10 years ago... I have stopped dreaming since then."