Small but growing number of women are embracing singlehood, relishing their freedom 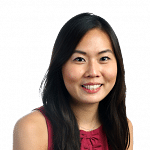 Whenever Ms Sochoe Wang craves a change of scene or an exciting career opportunity in a new city beckons, she simply packs up her bags and heads off.

Her single status - part of a lifestyle she has fully embraced - is key to this freedom she enjoys, allowing her to call places such as Sichuan, Tibet, Beijing and even England, where she did a graduate school stint, home over the past 15 years.

While the badge of singlehood she wears proudly goes against the grain of a culture that still holds a conservative and patriarchal view of marriage and family, Ms Wang, 40, a strategy planning executive, has no qualms about the choices she has made.

"I love kids but I don't want to have my own - that's one of the key reasons that I don't desire marriage," she said.

"For me, pursuing my own spiritual and career development might be more important and meaningful than managing a family and taking on its responsibilities."

She added that her family members are liberal, so they have not pressured her to settle down.

A rare but growing trend

Single men outnumber single women by the millions in China, but members of the fairer sex, like Ms Wang, are the ones who are increasingly turning up their noses at marriage.

A national report said that China will have 30 million more men of marriageable age than women by 2020. And this gender imbalance is likely to continue, with recent statistics showing that the world's most populous nation sees 118 baby boys born for every 100 girls.

While the odds seem stacked in the women's favour, given their smaller numbers, there are some - the urbane, educated and well-paid - who find it difficult to get married in a society where women are expected to "marry up".

This situation has led to a growing pool of single women, some of whom, given their economic independence, have decided to embrace singlehood.

In China, women still unmarried by age 27 are labelled as "sheng nu", which literally means leftover women - taken from the term "sheng cai" for leftover food.

The Women's Federation declared age 27 as the "deadline" for getting married while the Education Ministry listed "sheng nu" as a new expression in 2007.

According to China's 2010 census, there are half a million unmarried women over the age of 27 in Beijing, out of about 10 million women living in the capital.

Tired of being derided as unwanted or expired food, more Chinese women are keen to show that they are staying single out of choice and not out of circumstance.

They also see benefits to shunning marriage - escaping the suffocating social pressures of trying to get hitched, and the shame, embarrassment and anxiety that come with failing to do so.

There are no figures available, but Beijing-based sociologist Hu Xingdou said the numbers of such singletons are increasing as society's attitudes towards marriage change.

"China has transitioned from an agricultural society to an industrial one that is essentially made up of strangers - quite unlike the villages of old," he added.

"Such a society values independence and freedom. People are less afraid to be ridiculed and are also more liberal and can respect an individual's choice now."

Ms Su Qin, a Chinese columnist who writes about relationships, said women who embrace singlehood might still enjoy an active dating life and have no lack of suitors.

"They have adopted an attitude where they don't want marriage but might have short-term relationships and are not empty in that aspect," she told The Sunday Times.

Men do not face a similar stigma as they are given a longer time to find a partner, which reflects the gender bias in society, Professor Hu said.

Yet, it is the single women who are making an economic splash with their spending power - their social, travel and entertainment expenses are eclipsing those of married women, finance website East Money reported last month.

In mid- to large-sized cities, for instance, about one-third of all single women said the largest chunk of their income went to social and entertainment activities.

For every woman like Ms Wang who chooses a single life, however, there are many others who are still waiting for their Prince Charming.

Beijing-based lawyer Nancy Wu is 36 and unmarried, but she has gone through years of fruitless dating and matchmaking efforts.

"Sometimes I think, why not stay single for life? But the truth is, I want to get married. I just can't find anyone suitable," she said.

She believes the stigma attached to being single will fade if late marriages become more common.

Instead of describing older unmarried women as "sheng nu", people might use "shu nu" instead, she added, referring to the term for a mature, sophisticated woman.

Meanwhile, Ms Wu - who earns 500,000 yuan (S$105,000) a year, almost five times the average income in the capital - spends her free time at the gym, travelling and meeting up with friends who are also single, and says she is "happy".

Online community Singles Club acts as a support group, bringing together single women through events such as movie nights or sessions where they share their travel experiences. Founded in 2010, it has more than 2,110 members now.

Club founder Sandra Bao, the editor of a Shanghai lifestyle publication who is in her 30s, noted that while there is some overlap between those who choose to remain single for life and "sheng nu", the two concepts are very different.

A "sheng nu" might end up being single for life, but it is a path taken not out of choice but out of circumstance, she said.

"It's rare to find those who choose to be single, because most people are still traditional," she said. "It's also hard to find people who don't want love from the start."

For Ms Wang, a Beijing native currently based in Xinjiang, choosing to remain single was a decision she made in her late 20s.

"I like my freedom and independence - I can go wherever I want. I don't want to have to give up my hobbies or career just to grow old with someone," she said.

"You can't have everything in life, and so you weigh the pros of cons of being single against being married, and then make a choice."