For the past six months, interior designer Zhang Jiemei has been trying for a second child - an option that became available only after China overturned its 35-year-old one-child policy.

"The house is rather quiet, as my son is 18 this year and in senior middle school," said Ms Zhang, 40. "And my husband and I are still healthy, so we want the joy of raising another child."

But Ms Zhang knows the clock is ticking as she is past prime child-bearing age, and said she will turn to in-vitro fertilisation (IVF) if she is not pregnant by the end of the year.

Couples like the Zhangs are why a group of Singapore companies have teamed up to launch an online reality show, hoping to tap into China's burgeoning assisted reproductive health market.

And they are a sizeable and lucrative crowd; the National Health and Family Planning Commission said 2016's rule change, meant to arrest China's dwindling birth rate, has freed up 90 million more women to have a second child. Of these, more than half are over the age of 40.

Couple this with growing affluence and societal changes that have made conception more difficult, such as later marriages and thus childbearing, and China's IVF market is expected to more than double to be worth US$1.5 billion (S$2 billion) by 2022, said BIS Research.

The series, which bills itself as the world's first fertility reality show inspired by China's second child policy, wants to educate couples about different ways to raise the odds of conceiving a child, said its Singaporean creator, Dr Yu Wei Siang.

He is also chairman of Borderless Healthcare Group, a Shanghai-headquartered healthcare technology firm.

The first 20-minute episode, launched last week, featured a visit to a young Shanghainese couple's home, where experts offered tips on how to raise sperm and egg quality through lifestyle changes, whether by having less take-out and ice cream or more exercise.

Known as Dr Wei, the self-styled sex guru is best known for his Dr Love persona in a 2005 TV show called Love Airways, in which he dispensed advice on sex and intimacy.

"We want to provide insights to the Chinese public about problems related to infertility that are of lifestyle origin," he said.

"These are things you need to know before you even go to see the doctor, and consider whether to undergo IVF, but which doctors don't have the time to tell each patient."

Subsequent episodes will showcase medical technology and options available to couples who want to raise their baby-making game. 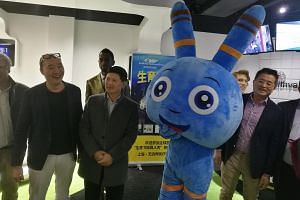 Dr Love is back to help Chinese couples regain their mojo 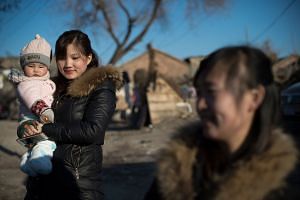 There will be shows on fertility clinics in Thailand, and "second honeymoon" destinations in South-east Asia that come with teleconferencing equipment so couples can chat remotely with doctors and nutritionists.

Dr Wei told The Sunday Times he sees a clear niche to be filled, and estimated that of the 451 medical institutions in China licensed to provide reproductive care, just one in 10 is equipped and staffed to handle infertility issues.

Soaring demand for IVF and related treatments by the Chinese is also borne out by various reports.

The number of medical tourism agencies that help arrange IVF procedures overseas has also grown from five to at least 50 in three years, the Global Times said.

With China's fertility business booming, Dr Wei said he is optimistic the show will be profitable. The webisodes will be streamable on Chinese video services, and Dr Wei said he is in negotiations with local television networks.