A spokeswoman for the Civil Aviation Authority said airspace was “partially re-opened”, adding that it would be fully restored by Monday.  Earlier, she said flights would be allowed in and out of Pakistan’s major airports at Islamabad, Peshawar, Karachi and Quetta only starting Friday, with the rest of the airspace to be re-opened “gradually”.

The authorities have urged passengers to check for more information with their airlines.

The decision to close airspace on Wednesday came after a rare aerial dogfight between nuclear-armed India and Pakistan in the skies over the disputed territory of Kashmir ignited fears of an all-out conflict, with world powers rushing to urge restraint.

Both sides claimed to have shot each other’s warplanes down, and one Indian pilot was captured. Pakistan has vowed he will be returned to India on Friday in an overture towards New Delhi.

The airspace closure disrupted major routes between Europe and South Asia, with mounting frustration from passengers stranded at international airports.

About 2,000 travellers were still stranded in the Thai capital Bangkok on Friday, and it will take a few more days to get them home after flights were disrupted by the latest conflict between Pakistan and India, airline officials said.

Thai Airways has cancelled more than a dozen flights to European cities – including London, Paris, Milan, Zurich and Frankfurt – after Pakistan closed its airspace on Wednesday amid rising tensions with India.

“There are still about 2,000 passengers,” Thai Airways President Sumeth Damrongchaitham told reporters at a briefing to announce the company’s financial results.

The backlog would be cleared over the next two or three days, he said. 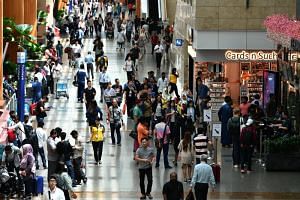 Nearly 5,000 passengers – most of them flying on Thai Airways and Taiwan’s Eva Air – scrambled to find alternative flights from Bangkok’s Suvarnabhumi International Airport after Pakistan closed its airspace on Wednesday.​

Singapore Airlines was also forced to divert Europe-bound flights to Mumbai and Dubai to refuel, while a flight to Frankfurt was cancelled.

Thailand is among the world’s most popular tourist destinations, drawing more than 38 million visitors last year, about 6.8 million of them from Europe.

Rival carriers like Singapore Airlines re-routed their European flights to avoid the affected airspace, but Thai Airways did not have routes over Iranian or Turkish airspace, Mr Sumeth said.

Thailand’s national carrier eventually gained permission from China to use its airspace and resumed flights to Europe on Thursday evening.

The financial cost of the flight disruptions was still being assessed and could be covered by insurance, Mr Sumeth said.

Investors pushed Thai Airways stock down over 3 per cent on Friday after the state-owned airline reported a wider loss of 11.6 billion baht (S$495 million).