COLOMBO (REUTERS) - A court in the Maldives jailed former Vice-President Ahmed Adeeb for 10 years on terrorism charges, his lawyer said on Monday (June 6), after a closed-door trial that was denounced by the opposition as flawed.

Adeeb, 34, once seen as the successor to President Abdulla Yameen, was arrested on Oct 24 in a probe into an explosion on Yameen's speedboat and was accused of possessing firearms.

Parliament impeached Adeeb on Nov 5 over his alleged role in the explosion. 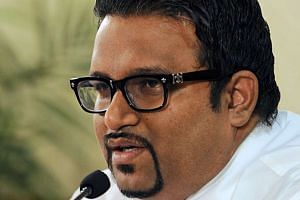 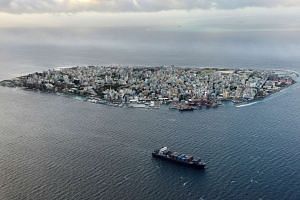 Nasheed was sentenced to 13 years in jail on terrorism charges after a trial in 2015 that was widely denounced as politically motivated.

He was given permission to travel to Britain for medical treatment and was last month granted refugee status by the British authorities.

A broad crackdown against political dissent belies the popular image of the Maldives, an island chain with a population of 400,000, as a holiday paradise, with radicalised youth enlisting in significant numbers to fight for Islamic State in Iraq and Syria militants in the Middle East.

Moosa Siraj, Adeeb's lawyer, said his sentence was based on three witnesses who said his client possessed two firearms. "It was not a fair trial. Adeeb did not get a chance to speak and explain his side," Siraj told Reuters.

Government officials were not immediately available for comments.

The newly formed Maldives United Opposition said the process was flawed. "This deeply unfair sentence was based entirely on hearsay, without the slightest hint of evidence required to prove guilt," spokesman Ahmed Mahloof told Reuters via a text message.