NEW DELHI • Organisers of an Indian beauty pageant have come under fire for selecting only fair-skinned women, with human rights campaigners saying the contest highlighted the nation's failure to respect women from all walks of life.

The Times of India newspaper, part of the group that organises the annual Femina Miss India contest, last week published a collage of 30 women, each representing a state - and all fair-skinned.

But she warned that such fair-skin bias could affect the mental health and self-esteem of darker-toned women in India, where the contentious issue of the treatment of women has become a nationwide debate that was reflected at this year's election.

"You have youngsters, kids watching this and thinking to themselves, 'If I don't fit these criteria or this skin tone, then I'm not beautiful' and... 'I'm not good enough'," she said.

People on social media complained that the contestants did not represent the diversity and potential of Indian women. 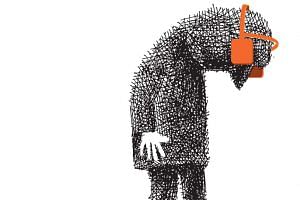 India should confront its prejudices

Criticism of the pageant, which kick-started Bollywood superstar Priyanka Chopra's career, comes at a time when the treatment of women in the country of 1.3 billion people faces increasing scrutiny.

Ms Kavitha Emmanuel, founder of India's Dark Is Beautiful campaign, said she was not surprised at the pageant selection in a country where a woman is often judged by her appearance and complexion, calling it a "deep-rooted toxic" problem.

"You're basically saying you need to look a certain way to be valued in life," she said. "We need more platforms that showcase... women as people who are capable, women with a lot of potential, women who can achieve a lot, rather than women who look good in this prescribed sort of format."