NEW DELHI (AFP) - India on Thursday (Nov 24) stopped the over-the-counter exchange of old bills as the government faced growing criticism of its shock move to withdraw all high-denomination banknotes in a bid to tackle widespread corruption and tax evasion.

Prime Minister Narendra Modi sparked turmoil by announcing on Nov 8 all 500 rupee and 1,000 rupee notes - some 85 per cent of all bills in circulation - would cease to be legal tender.

The move led to long queues outside banks as worried consumers tried to exchange old notes for new ones before the Dec 31 deadline. 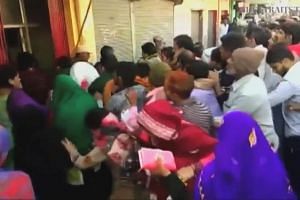 Police in India use force to push crowd away from bank 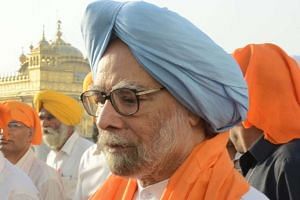 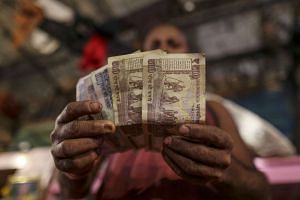 Five times to the moon and back: The scale of India's junked bank notes

But on Thursday, the government said it had decided to scrap over-the-counter exchange to encourage people "who are still unbanked, to open new bank accounts" and deposit their old bills.

People with old notes will be allowed to deposit them into their bank accounts until Dec 31.

Modi's government has faced fierce criticism over the slow pace of introducing the new notes, with banks running out of cash and ATMs having to be recalibrated to cope with the different sized bills - a process that is still incomplete.

Economists have warned this will hit the largely cash-based economy, with consumers unable to make purchases, supply chains disrupted and farmers unable to buy seeds.

Singh, whose economic reforms are credited with rescuing the country from the brink of bankruptcy in the early 1990s, said the two-week-old scheme would knock economic growth.

"The way this scheme has been implemented is a monumental management failure and in fact it is a case of organised loot and legalised plunder," Singh told the upper house of parliament to applause from fellow opposition MPs.

"The GDP of the country can decline by about two percentage points as a result of what has been done, and this is an underestimate and not an overestimate," said Singh, who headed the Congress-led government until it was ousted from power in 2014.