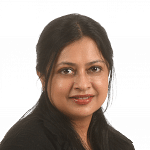 Prime Minister-designate Narendra Modi will have a problem of plenty when it comes to filling his Cabinet, which is expected to be small. A look at some names making the rounds as possible picks. They include party heavyweights, newcomers and technocrats:

* Arun Jaitley, 61
The former trade minister stood in his first election and lost. Even so, the appointed member of the Upper House and Modi loyalist is likely to be given a key role to play. In campaign rallies, the articulate lawyer has repeatedly been introduced as the next finance minister.

* Ms Sushma Swaraj, 62
The leader of the opposition in the Lower House was Information and Broadcasting Minister in the Bharatiya Janata Party (BJP) government which was voted out in 2004. A lawyer, Ms Swaraj is known as a fiery orator.

* Rajnath Singh, 62
The BJP president will be up for a top role if he joins the Cabinet. But this means he will have to give up the party chief post. He was instrumental in getting a consensus on naming Mr Modi as the BJP's prime ministerial candidate despite fierce opposition from the party's old guard.

* Nitin Gadkari, 56
The former BJP chief resigned and was replaced by Mr Rajnath Singh last year after he faced allegations of involvement in irregularities in a business group he promoted. He recently received a clean chit from the income tax department, which has brought him back to the party's top echelons.

* Amit Shah, 50
The BJP general secretary and Modi loyalist is known for his sharp skills in political strategy, which he brought to the fore during the election.

* S. Jaishankar, 58
The well-regarded diplomat served as India's High Commisioner to Singapore and ambassador to China before taking on his current ambassadorship to the US. He was a key player in negotiations for a landmark India-US civilian nuclear deal struck in 2008.

* E. Sreedharan, 81
The "Metro Man", as he is known after spearheading the Delhi metro rail project. The former civil servant endorsed the BJP after his face was inadvertently found plastered on party posters. The BJP apologised, calling it "an honest mistake".

* Arvind Panagariya, 61
The Columbia University professor and former chief economist at the Asian Development Bank is among a handful of international experts whose inputs the Modi campaign team sought during their preparation for the election.

* Ram Vilas Paswan, 67
His Lok Janshakti Party, a BJP ally, drew a blank in 2009 but won, last Friday, six of the seven seats it contested in Bihar. Mr Paswan is a former railway minister.

* Subramanian Swamy, 74
The far-right politician merged his Janata Party, which had a following mainly in the south, with the BJP last year. He has a doctorate in economics from Harvard University.

* Ajit Doval, 69
The former Intelligence Bureau chief is believed to be close to the BJP leadership. He heads Vivekananda International Foundation, a security think tank.

* Arun Shourie, 72
The former World Bank economist and newspaper editor has helmed the Telecom and Disinvestment portfolios under the previous BJP administration.

* Ravi Shankar Prasad, 59
Articulate and popular, the Bihari politician is a familiar face on Indian television news programmes by virtue of his position as party spokesman. He is a former information and broadcasting minister.

* General V.K. Singh, 63
The former army chief contested and won his first election battle from Ghaziabad in Uttar Pradesh. He made news when he was involved in a public spat with the Congress-led government over his retirement age in 2012.