Damkasa, a remote village in Chhattisgarh state, has no piped water or reliable electricity but it has 10Mbps Internet access.

This irony is playing out across rural India as cheap mobile data transmission makes rapid inroads, at times even leapfrogging 20th century development basics like water and electricity.

Prohibitive data cost is a key reason - just 24 of the 61 countries studied by the WWWF-led Alliance for Affordable Internet meet the "1 for 2" affordability target, where 1GB of mobile broadband data is available for 2 per cent or less of average income. More than two billion people live in countries where Internet access is not affordable and more than 60 per cent of the countries studied do not offer affordable Internet services, its 2018 Affordability Report added.

India, however, rose on the Affordability Drivers Index from 23rd rank in 2015 to eighth this year. India also scored the highest of all 61 countries studied for market competition in mobile telephony, which has helped data costs plummet.

This competition among Indian telecoms firms has intensified following the entry of Reliance Jio, a firm owned by Mr Mukesh Ambani, one of the world's richest businessmen. It today offers a mobile data package for as little as 99 rupees (S$2) that is valid for 28 days and offers 14GB of data.

The cheap data access is in turn driving smartphone sales in India - more among males than females. Counterpoint Research says more than a billion smartphones will be sold in India over the next five years, taking the number of its users beyond 700 million by 2022.

The number of Internet users is also projected to go up from 481 million last year to 762 million in 2022, according to the Internet and Mobile Association of India.

Mr Osama Manzar, the founder and director of the Delhi-based Digital Empowerment Foundation, says cheap and accessible Internet is boosting access to educational and entertainment content, as well as government services.

"One cannot avail a single government service today without online intervention. This posed a big hindrance but the process has become much easier with more points of cheap Internet access in villages," he adds.

Back in Chhattisgarh, a state that has some of India's most remote areas, the Internet, together with cheap smartphones, is helping bring communities closer to government services. It is a process that has been helped by the state government's ongoing programme to distribute five million smartphones to women and students. 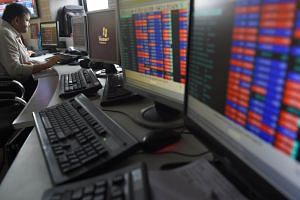 Official push for data from India to be stored locally

The organisation has a strong focus on generating content in Gondi, a language spoken widely by these people but one that is largely marginalised by the government in its schools and communication. The audio files, which are vetted by a team of editors, are widely shared using cheap data or Bluetooth technology.

This has helped the people learn more about government services and demand accountability when these services are denied.

"Besides acting as a grievance redress mechanism, it is creating a depository of their culture and other aspects of their life," Mr Choudhary tells The Straits Times.

CGNet Swara even relocated its office from Raipur, the state's capital, to Damkasa, where it is setting up a media school to help set up an "independent and democratic media", because the village has cheap and reliable Internet access.

"These are all the possibilities that come with cheap and reliable data in rural areas," he adds.

This has made an ongoing project to create a translation tool for Gondi with Microsoft easier as its speakers are more easily available in and around Damkasa than in Raipur.

The Indian government also has an ambitious programme to connect the country's 250,000 panchayats (councils of villages) with high-speed optical fibre broadband Internet. Village-level entrepreneurs have been given permission to become wireless Internet providers.

"This programme, however, needs last-mile service provisioning very strongly. The infrastructure has reached around half of the panchayats but the service is not in a working mode or ready to be distributed further into villages," says Mr Manzar. "The connectivity conversion has not happened yet. As soon as that happens, Internet access will receive a further boost provided the cost is affordable."