KUALA LUMPUR • Two years after Malaysia Airlines Flight MH370 disappeared, the lack of information has left its mark on the family members of those on board.

"I still haven't been able to come to an acceptance that she's simply gone," said Ms Grace Subathirai Nathan, 28, the daughter of passenger Anne Catherine Daisy.

With the plane still missing, Ms Nathan said it has been difficult trying to "bridge the gap" between missing her mother and knowing that she may be gone for good.

"That stands in the way of closure,"  said Ms Nathan, a lawyer.

Dealing with the incident has taken its toll on her. She said she suffers  from memory loss and depression. Appearing calm and mostly impassive, she said: "I feel like I've deteriorated and I'm not what I used to be." 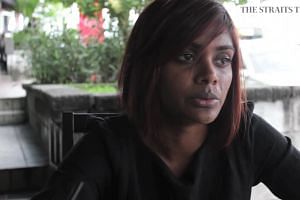 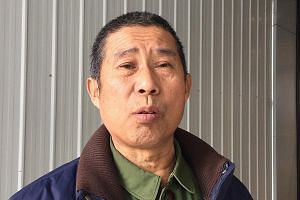 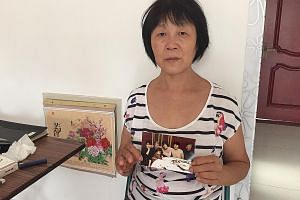 On March 8, 2014, the Boeing 777 carrying 239 passengers and crew flying from Kuala Lumpur to Beijing lost contact with air traffic controllers. In January last year, the Malaysian government declared the plane had crashed in the southern Indian Ocean and all those on board   dead.

Ms Daisy was a training manager on her way to meet her husband, Mr V.P.R. Nathan, an official with Malaysia's Department of Civil Aviation, who was based in Beijing.

Ms Daisy had initially planned to leave a week before that fateful flight but postponed  her trip because of her mother's surgery.

"Everything and nothing has changed. Two years on, we are still in an information void," said Ms Nathan. The tragedy has altered her character. "I want to be at my 100 per cent but I can't," she said.

Ms Nathan said she used to be a highly motivated, spirited and energetic person. But dealing with the sudden unanswerable loss has made it impossible for her to be the young woman she was.

Like many families of those on board MH370, Ms Nathan expresses disappointment with the airline over its treatment of the next of kin. "They didn't treat us with any sort of respect," she said. She listed several instances in which the families felt the airline had sidelined them, such as not informing them before the media of news about the plane or providing counselling.

"Given that we don't know what happened, we just want the airline to treat us fairly," she said.

A version of this article appeared in the print edition of The Sunday Times on March 06, 2016, with the headline ''We just want airline to treat us fairly''. Subscribe
Topics:
More
Whatsapp Linkedin FB Messenger Telegram Reddit WeChat Pinterest Print Purchase Article Copy permalink