PETALING JAYA - The accomplishments of Malaysian multi-billionaire Robert Kuok as an entrepreneur are a success story for the country, the Malaysian Prime Minister's Office said on Tuesday (Feb 27).

He added that Datuk Seri Najib also welcomes the statement from the Hong Kong-based tycoon that he has a deep appreciation for the opportunities he has had in Malaysia and recognises the contributions made by all Malaysians towards the development of the nation.

"The statement by Robert Kuok is in line with the statement by Datuk Seri Mohd Najib last week that although he (Kuok) is driven, hardworking and disciplined, the Government policies are keys to creating the opportunities to that success," the statement said.

Mr Kuok, who is Malaysia's richest man, had on Monday issued a statement through his office stating that he had a "deep appreciation" for the opportunities he has had and that any assertion that he had forgotten his roots were false.

He had been in the political spotlight in recent days after Mr Najib said his business had boomed due to government help.

Mr Kuok had released a memoir late last year where he implicitly criticised Malaysia's affirmative-action policy to help Malays and other Bumiputera races in education and business. 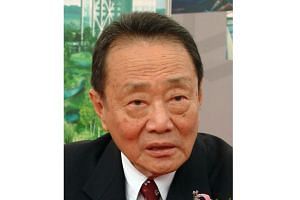 Last week, blogger Raja Petra Kamarudin also claimed in articles published on the Malaysia Today news portal that he was funding opposition parties and a news site in a bid to overthrow the government.

Following the Malaysia Today reports, he came under fire from some leaders of the ruling Umno party who told Mr Kuok not to forget his roots and how he emerged as Malaysia's richest man. Umno is the dominant Malay party in the ruling Barisan Nasional (BN) coalition.

Mr Kuok's office on Monday refuted the allegations made by the Malaysia Today, saying that he reserved the right to take action against the portal.

Mr Kuok, dubbed Malaysia's "sugar king", had a government concession to trade sugar in the country. He also traded rice and flour, and his empire includes the Shangri-La hotel chain, Kerry Properties and commodities trader Wilmar.