In its editorial, the paper applauds the work of the nation's military in rescuing Sulawesi quake victims and its responsiveness to changing needs, as it marks its anniversary.

JAKARTA (THE JAKARTA POST/ASIA NEWS NETWORK) - October, Bono of the prominent Irish band U2 once said, is ominous.

For Indonesia, too, this month of October is a moment of grief, as the nation is scrambling to help thousands of survivors and search for those still missing following a devastating earthquake and tsunami that hit Central Sulawesi last week.

In such a mournful state, the Indonesian Military (TNI) will commemorate its 73rd anniversary on Friday.

A ceremony to mark the day has been arranged on the premises of TNI's Headquarters in Cilangkap, East Jakarta, to be led by President Joko "Jokowi" Widodo, also the TNI's supreme commander.

This time around the whole nation will observe the TNI anniversary quite differently, perhaps, after seeing the men in uniform contribute significantly to the search and rescue measures and delivery of basic supplies in Central Sulawesi's regencies of Palu, Donggala, Sigi and Parigi Moutong, where the disasters have hit hardest.

Previously, the soldiers played a great role in humanitarian efforts, including rehabilitation, in Lombok, West Nusa Tenggara, where a quake demonstrated its destructing force in July.

Indeed, the human face of the TNI is unveiled when a natural disaster strikes.

Soldiers were the first to arrive, as others were unable to, to extend a helping hand in Aceh and Nias when a 9.8-magnitude earthquake and subsequent tsunami wrecked the northern parts of Sumatra in December 2004. 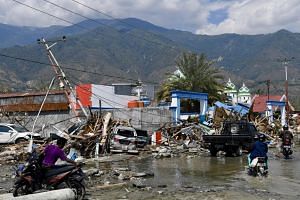 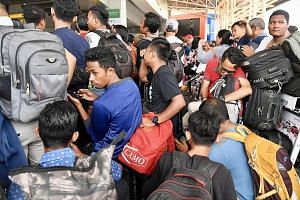 A heavy presence of the TNI is badly needed, as evident in a number of major disasters plaguing the country thus far, as it possess the skills and resources required for humanitarian missions.

In the events of calamity, the TNI has stood ready as a shoulder to lean on, even though it desperately needs more aircraft, ships and other equipment to expedite its life-saving operations.

That role should earn the TNI due credit and matches its doctrine, which refers to it as the people's army.

The TNI is said to be born from and for the people; the armed forces were established to protect the nation from all forms of threat.

The nation's collective memory of past military abuses against people they were supposed to guard remains intact, unfortunately, despite the TNI's commitment to reform.

There have been attempts to heal the nagging wounds, including through a truth and reconciliation mechanism that proved to work in, for example, South Africa, but to no avail, because of resistance from elements in the military and those who glorify and wish to restore the good old days under the authoritarian New Order.

As the nation is moving forward, democracy is taking root and internal reform is changing the face of the TNI, albeit slowly, settling the dark past is mandatory, or else it will stay as a pebble in the shoe in the military-civilian relationship in Indonesia.

No turnaround in the TNI will happen anytime soon, but as we wish them many happy returns on their anniversary, we can remind them of the unfinished business.

Our hopes for the TNI to live up to its founding mission as the real people's army are alive.