Leaders of both countries ink 6 MOUs, which include cooperation in military intelligence

President Moon said the two countries will also work together in scientific projects such as robotics and future cars.

The signing of the military intelligence MOU came just over a week after South Korea announced its plan to withdraw from its intelligence-sharing pact with Japan amid escalating tension between the two countries. Relations between South Korea and Japan are at their lowest in years, following a dispute over compensation for wartime forced labourers.

"The military intelligence pact we signed this time will bring our cooperation closer," said Mr Moon, citing the delivery of the Bhumibol frigate, a South Korean-made warship named after the late Thai King Bhumibol Adulyadej, which arrived in Thailand in January.

Mr Prayut said: "This reflects trust between both sides."

Noting that this year marks the 60th anniversary of friendly ties between the two countries, Mr Moon expressed gratitude towards Thailand for being the second nation after the United States to send troops to support South Korea in the Korean War of 1950 to 1953.

He said South Koreans feel a "special bond" towards Mr Prayut as he commanded the 21st infantry regiment of the Royal Thai Army, the unit that was dispatched to the Korean War.

Responding to the Thai leader's remark that he enjoyed watching the Korean drama Descendants Of The Sun, which tells of the love story between a doctor and a soldier, Mr Moon said: "I'm a former member of the special forces featured in that drama." 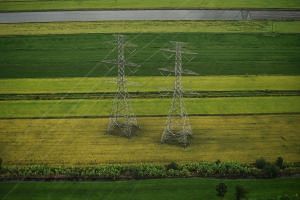 Dust is far from settled for Thai coalition government

It is Mr Moon's first official trip to Thailand, his first stop before he visits Myanmar and Laos later this week, as part of South Korea's New Southern Policy to deepen engagement with South-east Asia amid the US-China trade war and Seoul's escalating dispute with Tokyo.

The New Southern Policy was unveiled by Mr Moon in 2017 to upgrade ties with South-east Asian countries to the same level as those with major powers such as the US, China, Japan and Russia.

"Thailand is the most important cooperation partner for the New Southern Policy that my administration is pursuing vigorously," Mr Moon said, referring to Thailand as South Korea's "true friend" at the Thailand-Korea Business Forum.

The Thai Prime Minister in return praised Mr Moon's policy for opening up opportunities for South-east Asia. Mr Prayut said: "Since Thailand is a member and the chair of Asean, I would like to commend the New Southern Policy under the leadership of the President. It is deep, comprehensive and vital to not only Thailand but also Asean."

He further praised South Koreans for being able to develop their country within 60 years, attributing the success to their sense of patriotism.

Since coming to power in a May 2014 coup, Mr Prayut, who became Prime Minister in August the same year and won his second term in this year's general election, has been promoting traditional Thai values in the light of greater Western influences in his country.

Both countries aim to increase trade between them to US$21 billion next year, said Thai Commerce Minister Jurin Laksanawisit.