Thailand will continue a partnership with China in a railway project linking Bangkok and Kunming despite the kingdom's decision to end protracted negotiations by paying for the joint venture itself.

Thai Transport Minister Arkhom Termpittayapaisith said in an interview with The Straits Times that China, which conducted the feasibility study and design of the project, will still get to pick the type of trains and technology for the planned entire 873km line within Thailand.

The project is a key government- to-government deal to connect the region, as well as to commemorate the 40th anniversary of diplomatic relations between Thailand and China, he said. 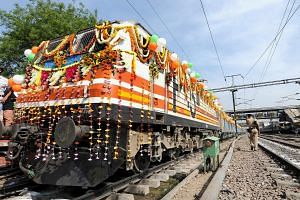 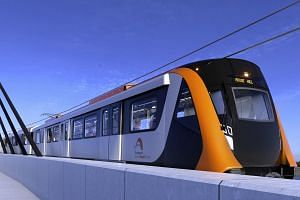 "That's why we tell the Chinese that this is a friendship project, so don't make any profits," he told The Straits Times on Monday.

The Sino-Thai railway was one of the first deals inked by the Thai military government after the May 2014 coup, while Western governments shunned the junta. If realised, it would have linked up with a future Laotian railway to give the southern Chinese hinterland rail access to the Gulf of Thailand.

We start from what we have. We don't start with high expectations about getting the maximum number of (Chinese) tourists in Thailand because we are not sure.

However, since December 2014 - when the memorandum of understanding was signed - both sides had been unable to agree on the cost of the project, the interest rate of the loan that China would extend, as well as the shareholding structure for the proposed joint venture. While Thailand has baulked at the initial 2.5 per cent rate proposed, it has also declined a Chinese request for development rights along the route. The Thais also found the Chinese project cost estimate - 569 billion baht (S$21.9 billion), according to Mr Arkhom - too high.

China appears to have taken Thailand's move in its stride. An editorial in China Daily yesterday highlighted how Indonesia - unlike Thailand - was able to give China some development rights along the Jakarta-Bandung high-speed railway it is working on.

It said: "As a supplier of the world's best cost-for-performance high-speed trains and related services, China has the technology and experience to attract customers. It does not need to surrender the benefits it should yield in exchange to do so."

For now, Thailand will construct a high-speed railway on a 250km section linking Bangkok to the north-eastern city of Nakhon Ratchasima, estimated to cost 170 billion baht, with the rest of the project contingent on future demand and financing conditions. China will supply technology and oversee procurement, on condition that Thai contractors are used.

Critics have interpreted this as a face-saving gesture and questioned if the truncated plan makes any financial sense.

Dismissing these doubts, Mr Arkhom described it as part of a larger plan to spread development more evenly throughout Thailand by reducing travelling time to regional nodes.

Thailand has been trying to interest Japan in building another high-speed rail between Bangkok and Chiang Mai, for example.

He pointed out that traffic between Bangkok and Nakhon Ratchasima - about three hours away by road - was already heavy.

"We start from what we have," he said. "We don't start with high expectations about getting the maximum number of (Chinese) tourists in Thailand because we are not sure."

Construction is expected to start in either July or August and financing will come from debt.

"Thailand has room for the borrowing," said Mr Arkhom.

The kingdom's public debt stood at 44.13 per cent of its gross domestic product in February, well below its self-imposed ceiling of 60 per cent.