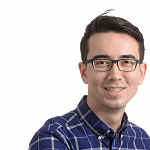 Two American sisters have been deported from Cambodia after they were convicted of taking naked photos inside the country's famed Angkor temple complex, officials said on Sunday.

Ms Lindsey Adams, 22, and her 20-year-old sister Leslie were discovered taking nude shots of each other in the Preah Khan temple at the world heritage site on Friday.

Just last weekend, three French tourists were deported after they pleaded guilty to taking nude pictures of each other in another temple within the complex.

The phenomenon of tourists caught committing bizarre acts at famous spots is not new. We take a look at some past incidents:

1. Getting naked at Machu Picchu If it's any consolation to the Cambodian authorities, it seems the bizarre phenomenon of stripping down and posing for pictures isn't limited to Angkor Wat.

Peru's Ministry of Culture was forced to denounce the act as "disrespectful" and "unfortunate" after tourists started getting naked at famous site Machu Picchu, CNN reported in March last year.

Four Americans, two Canadians and two Australians were detained within a week in 2014, and a year earlier, a naked couple was recorded running across a grass field in the buff. The teenager, who visited a temple dedicated to Amenhotep III in Luxor in May 2013, took the chance to scrawl "Ding Jinhao was here" in crude Chinese characters on a sandstone panel lined with hieroglyphics.

It came to light after another Chinese tourist, ashamed of his countryman's misdeed, posted a picture of the vandalism on Sina Weibo, saying "I felt embarrassed. It was my most unhappy moment in Egypt".

Following an online furore, Ding's parents apologised in a local newspaper, saying that he had cried all night after learning that his school's website had been hacked.

The unrepentant teenager, though, reportedly said on social media: "What's the big deal about writing a few words?" If you can't beat them, contain them. The Guardian reported in March last year that a graffiti area was to be set up at the Great Wall of China to beat the problem of tourists etching their names into the ancient stone.

A section of the Mutianyu area of the wall was to be used to contain the graffiti, which reportedly was more likely to be in foreign languages like English, than in Chinese.

The authorities have also mooted the idea of installing an electronic touchscreen graffiti wall there. The heat getting to you at the Louvre? Tourists have been spotted dipping their feet in a fountain outside the famous Paris museum, triggering a round of online condemnation in 2013 after photos showing tourists in the act were circulated.

5. Breaking a earlobe off an Easter Island statue The Moai statues on Easter Island are so striking that one Finnish man couldn't help but try and get a souvenir.

Marko Kulju, then 26, was detained in 2006 after being spotted using his hands to break off part of the earlobe of one of the statues. The segment fell to the ground and broke into pieces measuring 20 to 30cm, one of which Kulju pocketed as he made his escape.

The Finn was allowed to return home after paying a US$17,000 (S$23,000) fine and agreeing not to return to Easter Island for three years.

We don't think he'll be going back anytime soon, especially not after the island's mayor demanded the vandal's ear: "If an ear is cut off, then an ear gets cut. Eye for eye, tooth for tooth: That would be my form of justice."