"If they need more help... the SAF is always open to consider more help," said Dr Ng, who was speaking to The Straits Times a day after high-level talks in Jakarta. He said he made the offer again during his talks with Coordinating Minister for Political, Legal and Security Affairs Luhut Panjaitan and Defence Minister Ryamizard Ryacudu on Monday.

"And both Pak Ryamizard and Pak Luhut thanked me for this offer and they understood that the offer is still open," he added. 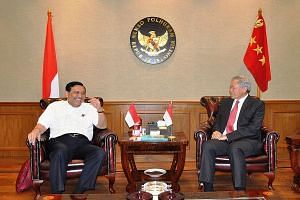 Indonesia has struggled to put out illegal forest fires in Sumatra and Kalimantan that have blanketed many parts of the country, Singapore and Malaysia in thick smoke. 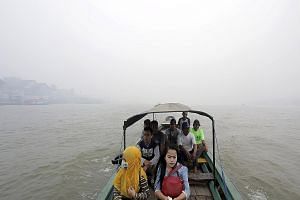 Singapore extended a helping hand to Indonesia earlier this month, but its help was thrice rejected publicly by Environment and Forestry Ministry Siti Nurbaya Bakar, who said her country had the resources to deal with the crisis. 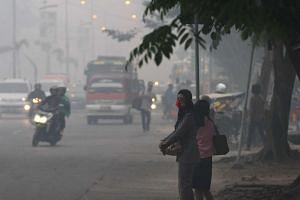 The Singapore offer, however, has elicited mixed responses from Indonesian leaders. Lawmaker Ahmadi Noor Supit told the government not to reject offers of aid to put out the fires. "We should not be averse to it, we should not act as though we can cope alone especially in terms of funding and equipment," he added. 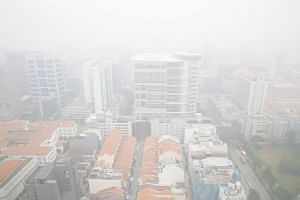 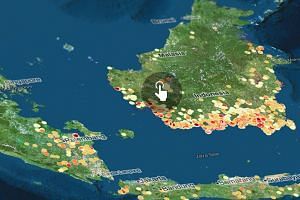 Interactive: What's causing the haze in Singapore and the region?

Mr Ahmadi's comments come on the back of remarks by Indonesian Vice-President Jusuf Kalla, who said on Sunday: "Singapore can come and see for themselves if they want to help. Don't just talk."

Dr Ng said yesterday that while Singapore's offer remains, it was up to Indonesia "to activate our help".

In Kuala Lumpur, Malaysian Defence Minister Hishammuddin Hussein also said he was "more than willing" to help Indonesia deal with the fires alongside Singapore.

Meanwhile, the haze continues to wreak havoc in the region. Acting Riau Governor Arsyadjuliandi Rachman on Tuesday extended the state of emergency in his province after it was covered by haze which reduced visibility to about 100m.