KUALA LUMPUR - Singapore's High Commission said on Thursday (Dec 20) that the Republic's security agencies have been "exercising restraint" in enforcing its territorial waters, in response to a MalayMail.com report claiming that Singapore Navy vessels were spotted within the new Johor Baru Port limits.

In a statement, the high commission described the report as "mischaracterising" what was happening in the waters and ignoring Singapore's efforts to maintain calm.

The statement was in response to the report "Despite Malaysia's olive branch, Singapore Navy seen inside Johor port limits" dated Dec 16 in MalayMail.com as well as another report a day earlier in the same news website which was titled "Is Malaysia really intruding into Singaporean waters?".

It said the "statements that the recent purported extension of the Johor Bahru Port Limits are within Malaysia's territorial waters are inaccurate even going by Malaysia's own conduct".

It noted the media statement by Singapore's Coordinating Minister for Infrastructure and Minister for Transport Khaw Boon Wan on Dec 6, that "the recent purported extension of the Johor Bahru Port Limits goes beyond what even Malaysia itself claimed as its territorial waters in 1979".

"This territorial waters claim, which Singapore does not recognise, was unilaterally made by Malaysia in a map which it published that year. At that time, no land reclamation at Tuas in Singapore had taken place." 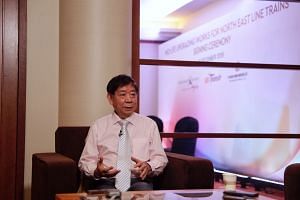 "So the territorial waters boundary claimed by Malaysia could not possibly have taken into account any reclamation by Singapore," it said.

The embassy's statement noted that prior to Oct 25, 2018, Malaysia had never laid claim to the waters covered by the recent purported extension of the Johor Baru Port Limits, nor protested against Singapore's continuous exercise of jurisdiction in those waters.

"This includes the regular deployment of Singapore's security agencies in the area for several decades. The purported extension of the Johor Bahru Port Limits and the intrusions by Malaysian Government vessels into what are clearly Singapore Territorial Waters off Tuas are a serious violation of Singapore's sovereignty and international law," the statement said.

The second article "Despite Malaysia's olive branch, Singapore Navy seen inside Johor port limits" had "mischaracterised the situation on the ground and ignored Singapore's efforts to maintain a calm situation there", it said.

"Singapore's security agencies have been exercising restraint in enforcing Singapore Territorial Waters off Tuas despite repeated intrusions by Malaysian Government vessels," it added.

Singapore had proposed on Dec 7 that Malaysia return to the status quo ante prior to Oct 25, "without prejudice to Malaysia's and Singapore's respective positions on maritime boundary between the two countries in the area which Malaysia now claims", the statement said.