SEMARANG (Central Java) • Prime Minister Lee Hsien Loong has expressed his disappointment that the Trans-Pacific Partnership (TPP) is unlikely to be ratified by the United States Congress.

"Well, we feel disappointed that the TPP looks very unlikely, or will not be passed, or ratified now before Jan 21," Mr Lee said on the sidelines of his first Leaders' Retreat here with Indonesian President Joko Widodo.

Mr Lee said that US President- elect Donald Trump's opposition to the TPP "was quite well known". Mr Trump will be sworn in on Jan 20.

"He had no sympathy for the TPP at all and I think that's a disappointment to all of us who worked so hard to negotiate the TPP," Mr Lee said.

"But that's where it stands; we will be meeting in Apec in Peru later this week and the TPP members, including President (Barack) Obama, will be meeting to exchange notes to see what we can do in this situation."

The TPP is a landmark trade deal that the United States signed with 11 Pacific Rim nations, including Singapore.

Its 12 signatories make up 40 per cent of the world's trade, and it would enter into force once six of them ratify it. 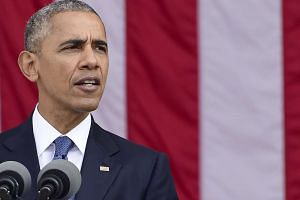 Leaders of TPP nations to review options with US President Obama 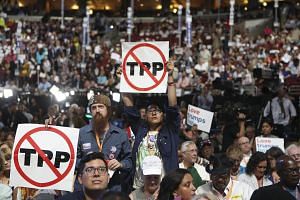 However, the six must include the US and Japan. Japan's Lower House has approved the pact, and it is now before its Upper House.

Singapore would have been able to enjoy lower tariff and non-tariff barriers for both goods and services, but observers say it is unlikely to be pushed through in a Trump administration.

Mr Lee had said previously that the US risks injuring its standing and credibility with countries around the world if the TPP is rejected by its lawmakers.

Asked yesterday whether the TPP could be salvaged if its terms are reviewed or possibly changed to include countries such as Russia and China, Mr Lee said it would be "a completely new animal".

"It's not so easy to say, we change the terms. What are you going to change?" he said.

"And if you bring in a new country, it would be a completely new deal altogether because a new country, particularly if it's a big one, is not going to sign on to everything which has already been agreed before they were participants.

"They will want to reopen everything, so effectively you'll be talking about a new exercise, but I think it's premature to pursue very definite alternative possibilities for now.

"Let's first assess how everybody feels and what they think could be done as a practical second best or solution for the time being."