MANILA (AFP) - As hundreds die in a severe dengue outbreak in the Philippines, many of them children, President Rodrigo Duterte said on Thursday (Aug 8) he was open to lifting his government's blanket ban on the Dengvaxia vaccine.

Manila prohibited the import, sale and distribution of the drug - manufactured by French pharmaceutical firm Sanofi - after parents blamed it for the deaths of several dozen children who were among more than 700,000 people immunised in a state-run trial programme.

After the Dengvaxia scare caused Filipinos to shy away from vaccines, the country was hit with measles and dengue outbreaks that have so far killed nearly a thousand people this year. The government declared a dengue epidemic on Tuesday.

While he was "in a quandary" regarding the use of Dengvaxia, Mr Duterte said the perceived risk had to be weighed against the 662 deaths from out of the 146,000-plus dengue cases monitored by the government so far this year.

"Yes, I am open to the use of Dengvaxia again. So many people are dead. It's an epidemic. Now compare it vis-a-vis, with those who died (allegedly due to the vaccine)," Mr Duterte told reporters.

Dengue, or haemorrhagic fever, is the world's most common mosquito-borne virus and infects an estimated 390 million people in more than 120 countries each year - killing more than 25,000 of them, according to the World Health Organisation.

It said Dengvaxia is now licensed for use in 20 other countries.

The dengue-prone Philippines in 2016 became the first nation to use Dengvaxia in a mass immunisation programme.

But controversy arose after Sanofi disclosed a year later that it could worsen symptoms for people not previously infected by the virus. 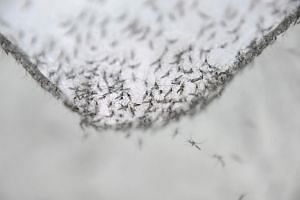 The disclosure sparked a nationwide panic, with some parents alleging the vaccine killed their children, though a government-commissioned investigation found no conclusive proof that it did.

Nonetheless, Manila banned Dengvaxia, and had Sanofi reimburse it for the vaccines used in the immunisation programme.

The controversy also triggered a vaccine scare that the government said was a factor behind measles outbreaks that the United Nations Children's Fund said have killed more than 200 people this year.

"Me, I'd rather go on the side of science," said Mr Duterte, whose 15-year-old daughter was among those given Dengvaxia shots.

"If there's anything there, in the Western medicine, and even these herbal or Oriental, if it will mean saving people's lives, I'll go for it."

Before the government makes a decision, Mr Duterte said he would like to "hear the word of the experts".

Health Secretary Francisco Duque had said on Tuesday that Dengvaxia was not recommended by the WHO for combating outbreaks, and in any case was not for children aged below nine, who were the most affected in the current epidemic.