The complex has two security inspection lanes, a cargo scanning machine, a weighbridge, and cold room and quarantine facilities for livestock and plants.

The authorities say the new kit will help them plug weaknesses that had hampered previous efforts to curb smuggling.

"There's no way we can bring down the number to zero but we can certainly work hard to decrease the smuggling attempts, and improve our chances at nabbing them by taking proactive measures. The (complex) is one of these," Malaysian Border Security Agency (Aksem) director-general Mohamad Ismail told The Straits Times.

Stopping smugglers across the 645km-long Thai-Malaysia border is tough as it requires policing what is roughly 50 times the distance between Singapore's Changi and Tuas.

There are eight official Thai-Malaysia checkpoints, but dozens more illegal routes for moving goods across the border.

On the Malaysian side, the border area encompasses the states of Perlis, Kedah, Perak and Kelantan. On the Thai side, it covers the provinces of Satun, Songkhla, Yala and Narathiwat.

Malaysian Deputy Prime Minister Ahmad Zahid Hamidi was quoted by The Sun Daily as saying in August that Aksem seized goods worth RM57.5 million from its inception in November 2015 to June this year. 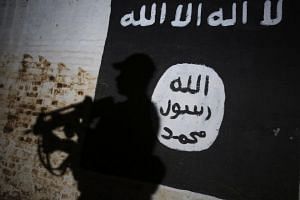 In one of its latest hauls, Aksem seized 8,250 cartons of smuggled cigarettes worth about RM1.1 million in unpaid tax in Terengganu.

In October, the agency foiled an attempt by a Thai man and his father to smuggle out 1,234kg of subsidised cooking oil by stashing the containers in the car's rear seat and trunk.

"We're not going to stop doing our job. These smugglers, we're coming for them," said Datuk Mohamad.