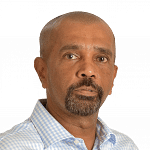 KUALA LUMPUR • The scandal- tarred administration of Prime Minister Najib Razak suffered another big dent this week when the United States declared that it would be seizing assets it believes were bought from money stolen from a state-owned fund, by people close to the Premier.

But do not expect the international humiliation over the suit by the US Department of Justice (DOJ) linked to the 1Malaysia Development Berhad (1MDB) fund to undermine Datuk Seri Najib's secure grip on power in Malaysia.

With a firm hold over his ruling Umno party and control over key Malaysian institutions, such as the judiciary and the security agencies, the 63-year-old Premier is under no political threat. What's more, the country's opposition is fragmented.

"Najib's security is because the opposition and Umno dissidents are not able to come together to present a coherent message and credible alternative," said Mr Ibrahim Suffian of the Merdeka Centre polling outfit.

In the immediate term, Mr Najib's focus will be to further consolidate his power at home.

He is expected to continue with his strategy of stubborn ignorance to the fallout from the 1MDB fiasco.

"It has been the strategy from the start and it has served him well. There is no reason to change," said a senior researcher with a local think-tank who requested anonymity.

With a firm hold over his ruling Umno party and control over key Malaysian institutions, such as the judiciary and the security agencies, the 63-year-old Premier is under no political threat. What's more, the country's opposition is fragmented.

Mr Najib started 1MDB shortly after taking over the premiership in April 2009 to pursue strategic investments abroad. But according to the DOJ, senior Malaysian government officials and businessmen close to the Premier used the fund as a private piggy bank right from the start.

Mr Najib has denied any wrongdoing. He has dismissed the intense international media coverage on financial mismanagement and alleged money laundering of 1MDB's finances as false and aimed at undermining his administration.

On Thursday, the Malaysian government said it will cooperate with the US in its investigations, but insisted that local regulatory agencies had cleared Mr Najib of any wrongdoing in the 1MDB case. The US Justice Department's civil lawsuit to seize more than US$1 billion (S$1.4 billion) in assets strikes very close to the Premier. The assets marked for seizure are held by Mr Riza Aziz, his stepson, businessman Jho Low, who is a confidant of Mr Najib, and two former Abu Dhabi government representatives. While Mr Najib's grip on power isn't in any serious trouble, the tarring of his political reputation could have repercussions for him personally.

The DOJ probe is likely to strain ties between Washington and Kuala Lumpur and could nudge the Najib government closer to China, which is pushing very hard to find allies in the region.

"The latest twist in the 1MDB affair does play to China's advantage. The question is how far Malaysia will bend (towards Beijing)," said a Western diplomat in Kuala Lumpur.

Since Mr Najib came to power, Chinese state-controlled entities have secured multibillion-dollar projects, such as the second bridge linking the mainland with Penang, the Murum Dam in Sarawak and a near stranglehold over the supply of rolling stock for the country's rail sector.

The economic relationship has become closer over the past one year, with financial lifelines from Beijing to plug the debt burdens at 1MDB.

A version of this article appeared in the print edition of The Straits Times on July 23, 2016, with the headline No sign of Najib weakening despite 1MDB humiliation. Subscribe