BN won 72 seats in the 82-seat state assembly in a showing that exceeded even its own target of 70 seats. 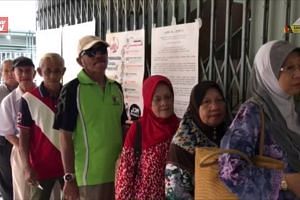 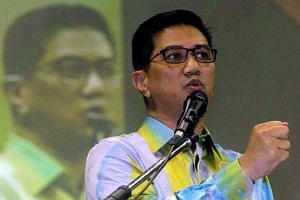 The outcome means the ruling coalition succeeded in reversing the opposition's gains achieved in the previous election in 2011, the Malaysiakini news website said. DAP lost five of the 12 seats that it won in 2011 as well as the new seat of Batu Kitang.

In a press conference late on Saturday, Datuk Seri Najib thanked the voters and said the results would give BN "a stronger momentum" towards the next general election.

DAP state chairman Chong Chieng Jen had told reporters at an earlier press conference that his party accepted the defeat and the "verdict of the people".

Islamist party PAS lost all 11 seats it contested, repeating its dismal showing in 2011.

The opposition camp had hoped to deny BN a super majority, Malaysiakini said. But Mr Najib’s coalition was always expected by analysts to return to power in the state of 1.14 million people with a comfortable margin. It easily won the last state elections in 2011, taking 55 constituencies out of the total 71.

Mr Najib needed a strong showing in the state for his coalition as he fends off a public campaign led by former leader Mahathir Mohamad to get him to quit.

“If they win really well, at least he can go back and convince his own party that he’s not a liability, he can still deliver seats in an election,” said Mr Ibrahim Suffian, an analyst at the Merdeka Center for Opinion Research in Kuala Lumpur, referring to Mr Najib.

“A Sarawak election that delivered the seats for Barisan is going to be one that gives confidence to Najib as a prime minister.”

The BN was likely aided by its well-established political machine, a burst of government spending announcements in the polls run-up and the creation of 11 new seats in its stronghold areas.

Disunity in Malaysia’s opposition may also have helped, with candidates competing head-to-head in some areas.

Mr Najib led the BN – in power since independence in 1957 – to its worst-ever showing in 2013 national elections amid voter concerns over the economy, corruption and alleged government repression.

It now faces allegations billions of dollars were plundered from the debt-stricken 1MDB that Mr Najib founded in 2009.  The accusations, which burst forth last year, include the revelation Mr Najib received at least US$681 million (S$927 million) in deposits to his personal bank accounts in 2013.

Mr Najib and 1MDB steadfastly deny the money was syphoned from the fund, but the prime minister has sparked anger by shutting down investigations and sidelining critics.

A recent independent survey found most Sarawakians support the BN-aligned state government, however, and were little swayed by the graft allegations.

Sarawak holds state-assembly elections out of sync with the rest of Malaysia.  Allegations of electoral abuses have marred the polls, including the redistricting exercise that created 11 new seats, which critics have labelled gerrymandering by the ruling coalition.

The state government has also blocked opposition politicians and activists from entering to campaign, using entry controls Sarawak retained when it joined Malaysia in the 1960s.

BN was announced by Election Commission chief Datuk Seri Mohd Hashim Abdullah as the winner after the coalition secured a simple majority of 42 seats. Voting had ended at 5pm with a turnout of 71 per cent, according to the commission chief.

Among BN's winners was incumbent Sarawak Chief Minister Adenan Satem, 72, who has been office for only two years and was leading the ruling alliance for the first time in a state election. He was sworn in late on Saturday night for another term as chief minister.