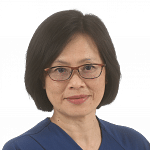 Malaysia's King surprisingly rejected a controversial plan proposed by Prime Minister Muhyiddin Yassin to impose emergency measures on the country, after discussing the matter with other state monarchs on Sunday (Oct 25).

With the royal decree, Mr Muhyiddin's embattled leadership now faces the prospect of defeat when Parliament reconvenes on Nov 2.

Here is how the power play could pan out:

Tan Sri Muhyiddin Yassin can still soldier on with a doubtful majority if he can strike confidence and supply agreements with his political rivals.

Some opposition figures - including Senator Liew Chin Tong from the Democratic Action Party and MP Syed Saddiq Syed Abdul Rahman from the Malaysian United Democratic Alliance - have mooted the idea of supporting the government on some issues - for example, to pass the Budget and its expenditure to tackle the Covid-19 pandemic - as long as their views are taken into account.

"This is a set of legitimate open deals, without having to resort to buying off individual MPs," said Mr Liew.

Referring to bipartisan support for a constitutional amendment to lower Malaysia's voting age to 18, Mr Syed Saddiq said he worked on the proposal with rival politicians to further "the national agenda".

"We did it before, we can do it again for Malaysia," he said.

Opposition leader Anwar Ibrahim could finally prove that he has the majority support that he claims to command and take over as prime minister in a peaceful transition, without having to call a general election.

Datuk Seri Anwar's Pakatan Harapan coalition has 91 MPs, and he has said he has the backing of over 120 lawmakers.

Speculation was rife that the additional numbers would come from Mr Muhyiddin's current ally Umno, which has 39 MPs.

Mr Anwar's appointment will still need to get the blessing of the King. The opposition leader has said that he presented documents in support of his claim during his audience with the King on Oct 13, although the palace said Mr Anwar did not provide it with a list of names.

If Mr Muhyiddin loses the Budget vote, there will be calls for Parliament to be dissolved and for voters to go back to the ballot box.

Politicians from both sides of the divide, as well as the public, have aired their objections to holding polls, after several new coronavirus clusters emerged from the state election in Sabah last month.

The emergency measures were proposed in part to avoid this scenario and allow government spending on Covid-19 measures to continue.

The King, who in his statement yesterday stressed that lawmakers should stop politicking and that the Budget was crucial in combating the pandemic, could yet be implored again to reconsider an emergency declaration if a general election during the pandemic is on the cards.