"The confirmation of the second case of Zika in Kota Kinabalu suggests that the virus is already present within our communities.

"This patient has not been to any other country where large number of cases had been reported.

"This means that this person contacted the disease locally," Dr Subramaniam said on his Facebook page.

The 61-year-old patient from Taman Public Jaya in Likas, who tested positive for Zika locally, died on Saturday afternoon from underlying heart-related complications.

Dr Subramaniam said the ministry was still oblivious to where the virus might have originated from. 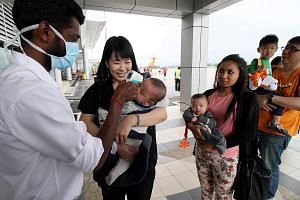 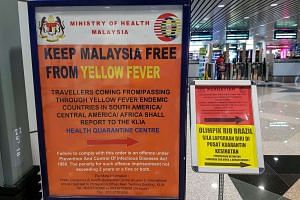 He, however, said it was possible there were other infected people in the community who are potential sources of infection.

"We are in the process of tracing the movement of this last patient over the past few weeks. We will intensify vector control activities in these areas," he said.

Dr Subramanian said the Health Ministry was of the view that the patient's death was not directly related to Zika.

He said this was because the patient had other medical conditions including heart problems and chronic renal disease which were life threatening.

"Any form of viraemia in such a situation could have tilted the balance and caused his demise," he said.

Dr Subramaniam also said it was the responsibility of Malaysians to intensify the anti-aedes war as Zika was already present in the nation.

On Thursday, the ministry announced the first Zika patient diagnosed in the country, a 58-year-old woman who had visited her daughter in Singapore with her husband on Aug 19 and returned on Aug 21.

Her daughter, who works and lives in Paya Lebar, Singapore, had been infected.

The latest update from Singapore's Health Ministry showed that 11 Malaysians were confirmed to be infected with the Zika virus - 10 of them work and live in Singapore, and one works in Singapore but resides in Johor.