"Our prompt response debunking fallacies have resulted in an otherwise arrogant Singaporean portal now retracting their post with apology," Dr Noor Hisham said in a post on Facebook.

Earlier on Sunday (Sept 3), theindependent.sg took down its report on the death of Singaporean Justinian Tan who died in a hit-and-run accident after having supper in Johor on Aug 25.

The portal claimed that an ambulance took 30 minutes to arrive at the accident scene on Jalan Dato Abdullah Tahir in Taman Abad.

The article, which was based on information provided by one of Tan's friends, also claimed that the Sultanah Aminah Hospital (HSA) had demanded a deposit from the victim's friends before treating the patient. 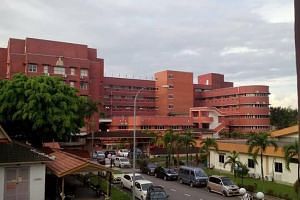 The portal has since replaced the article with a notice bearing the headline "We're Sorry!".

Dr Noor Hisham said that initially the portal had defended its reporting and had also blocked Malaysian IPs from accessing the site.

As of Sunday evening, the webpage is still not accessible.

"Thank you to all Malaysians who supported and stand tall with MOH (Ministry of Health). Rising Together to defend our pride and nation. #Negaraku #bangkitbersama," Dr Noor Hisham said.

Prior to the portal taking down the article, the Health Ministry said that it would be lodging an official complaint with the Singaporean government over the allegations.

On Friday, Dr Noor Hisham referred to ambulance records and denied that there was any delay or demand of payment before Tan was treated.

A friend of Tan who was there at the scene was later reported as admitting that there may have been confusion at the hospital due to difficulties in communicating in Bahasa Malaysia.