News that two Malaysians killed 33 others in the Middle East in suicide bombing missions for the Islamic State in Iraq and Syria (ISIS) has again raised anxiety over the radicalisation of Muslims in Malaysia. The reports were carried prominently in the print media and on TV news channels.

To be sure, the two Malaysian bombers were not the first - there have been four other Malaysian suicide bombers since the middle of 2014. And there are 47 Malaysians, including 12 women, with the terrorist group in Syria right now. Also, there are several Malaysian men training with the Abu Sayyaf militant group in the southern Philippines.

And in Malaysia itself, police have arrested more than 150 people in the past two years over suspected ISIS links. 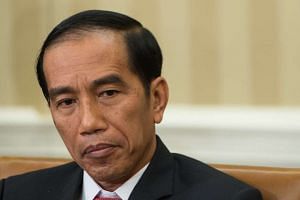 Many are asking how a violent ideology being beamed from faraway violent groups could easily entice young Malaysians enjoying the comforts of living in a stable country. Prime Minister Najib Razak expressed horror at the latest killings, saying: "We will spare no effort to find out how and why these young men were able to commit these atrocious acts, and will take all measures necessary to prevent others from doing so in the future."

The first hints of how Malaysia is countering ISIS may come out at the International Conference on Deradicalisation and Countering Violent Extremism, to be hosted in Kuala Lumpur on Jan 25 and 26. There will be ministerial delegations from Asean, and attendees from the United States, France, Australia, Saudi Arabia, the United Arab Emirates and China.

Malaysia's counter-terror intelligence acknowledges that most Malaysians joining ISIS are willing to die for the cause, as evidenced by the suicide bombers. The worry is that such determination will lead to an attack on Malaysian soil eventually, even if the authorities block off routes to the Middle East. It is thus crucial for Malaysia to have strong measures to choke off ISIS' social media influence.