KUALA LUMPUR (THE STAR/ASIA NEWS NETWORK) - A voter from the Malaysian parliamentary constituency of Port Dickson is trying to stop the Election Commission (EC) from holding a by-election for the vacant seat.

Mr Rosmadi Mohd Kassim has filed an application for a judicial review to challenge the decision by the incumbent MP Danyal Balagopal Abdullah to quit his seat and force a by-election, claiming it was unconstitutional.

Mr Rosmadi, 56, named Datuk Danyal and the EC as respondents in the application. He is asking the High Court to declare Mr Danyal's resignation invalid, null and void.

In addition, he has requested leave for a writ of certiorari to quash the EC's notice dated Sept 20 to hold the by-election.

Mr Rosmadi is seeking a declaration that the EC's decision to declare the seat vacant is wrong by law, and an injunction to stop the EC from holding the by-election on Oct 13.

Mr Rosmadi stated in his application that he had lodged a police report on Sept 24 on Mr Danyal's resignation. 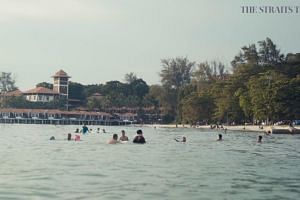 He said he filed the application on the grounds that the first respondent - Mr Danyal - had violated his oath of office as an elected MP.

He claimed the first respondent's reason to vacate his seat showed that the former upheld the interest of his party's president-elect Anwar Ibrahim over that of Malaysians in general and Port Dickson constituents in particular.

Mr Rosmadi said Mr Danyal's resignation was clearly against the wishes of the people of Port Dickson, who had voted for him in the last general election in May.

Mr Danyal had quit his seat on Sept 12 to make way for Datuk Seri Anwar, incoming president of Parti Keadilan Rakyat (PKR), to contest the ward and return to Parliament as an elected representative. According to an agreement within the ruling Pakatan Harapan coalition, Mr Anwar will take over as the country's prime minister from Tun Dr Mahathir Mohamad in two years' time.

The hearing for the leave application has been fixed for Oct 2.

Nomination day for the Port Dickson polls has been set for Sept 29.