KOTA BARU (THE STAR/ASIA NEWS NETWORK) - The gates of a school in Malaysia's state of Kelantan, where students have been plauged by "mass hysteria", were closed to reporters on Sunday (April 17) - the day the school was set to reopen - but screams were heard coming from the classrooms.

SMK Pengkalan Chepa 2 was shut down for three days last Thursday to allow bomohs, ustaz and Islamic traditional practitioners to rid the place of bad spirits.

It does not seem to be working. 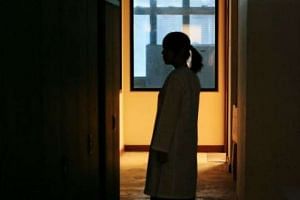 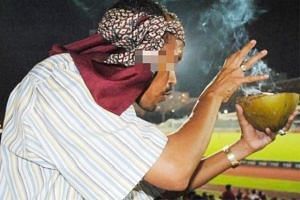 8 more students struck by 'mass hysteria' at Malaysian school, despite help from bomoh 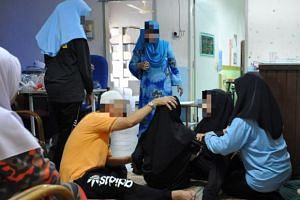 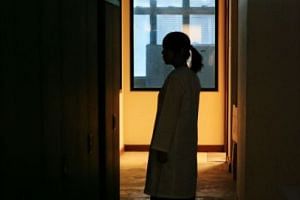 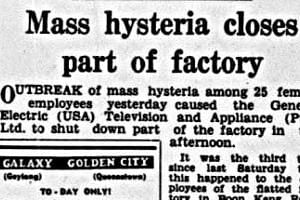 From The Straits Times Archives: Past 'mass hysteria' cases in Singapore

Pressmen and photographers, who were stationed in front of the school, were shocked to hear the screaming and shouts emanating from the school compounds.

The school administration has conducted a two-hour recital of Quranic verses and held prayers together with the students.

It is learnt that a Chinese bomoh from Perak and his team entered the school compounds to assist in the situation.

At about 11.30am, more screams and shouts were heard, and attempts by the media to enter the school were unsuccessful.

Last Monday to Wednesday, more than 100 female and male students and teachers were allegedly struck by mass hysteria to the extent that the school was forced to shut down on Thursday to avoid more students from being possessed.

School principal Siti Hawa Mat and district education officials could not be reached for comment on Sunday.

At a press conference in Kelantan state capital Kota Baru on Thursday, Ms Siti said the closure of the school in Pengkalan Chepa was necessary to enable the bomoh and ustaz to perform prayers before the school was set to reopen on Sunday.

She said the studies of students of SMK Pengkalan Chepa 2 were disrupted, and her administration was at their wits' end to find a way to rid the school of "bad spirits".

Students and teachers have claimed to have seen paranormal beings like black spectres, pontianak and pochong.