The 71st anniversary of Umno's founding yesterday gave Malaysian Prime Minister Najib Razak the perfect occasion to rally the troops for elections that the ruling party must win decisively.

In a stadium filled with more than 120,000 people, Datuk Seri Najib, who is Umno president, and other party leaders presented a united front and reminded the country's Malay majority why the Umno-led government remains the better leadership option for the country.

"Islam is strengthened on this land while Malay rights are upheld because of Umno's struggle," Mr Najib told the crowd gathered in the Bukit Jalil Stadium just outside Kuala Lumpur.

The party faithful came dressed in red, the colour associated with Umno.

Malaysia's next general election is not due until August next year but there is widespread speculation that it will be held in September or October, or early next year.

"In the run-up to elections, the party needs to show it's still dominant at grassroots level. That's why it's important for them to bring people in force to KL," said Mr Wan Saiful Wan Jan, a visiting senior fellow at the ISEAS-Yusof Ishak Institute.

This year's anniversary festivities, held over two days, are being conducted on a larger scale than in previous years. Last night's bash was streamed live at Umno's headquarters in downtown Kuala Lumpur. 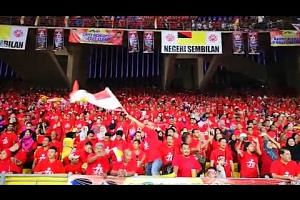 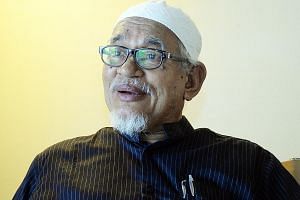 Confusion over PAS' intentions in Selangor

Umno rolled out activities from sports events to bazaars to get members, many of whom came to Kuala Lumpur from different states, to attend the gathering - and to be swept up in the mood for elections.

"This is Umno's opportunity and platform to rally the troops together and create excitement from the ground," said Mr Amir Fareed Rahim, an analyst at KRA Group, a political consultancy.

The event is also seen as one of the party's last opportunities to drive up sentiments ahead of the Muslim fasting month starting on May 27, the Hari Raya Aidilfitri holidays next month and the 29th SEA Games in August, which Malaysia is hosting.

"Before every election, Umno's top concern has always been internal sabotage, fights for seat allocations," said Mr Amir, who added that internal jostling has been largely toned down this year due to the party's directive to stay united.

Umno, which heads the 13-party Barisan Nasional (BN) coalition, is set to face the four-party opposition Pakatan Harapan alliance and Parti Islam SeMalaysia in three-cornered fights at the polls.

BN is widely expected to retain federal power due to the bickering in the opposition camp.

At the end of his speech, Mr Najib gave a rallying cry that he used when he battled graft allegations in 2015: "No retreat. No surrender. Long live Umno!"

A version of this article appeared in the print edition of The Straits Times on May 12, 2017, with the headline 'Najib gets Umno in the mood for elections'. Subscribe
Topics:
More
Whatsapp Linkedin FB Messenger Telegram Reddit WeChat Pinterest Print Purchase Article Copy permalink