The Malaysian Parliament is likely to be dissolved this week, as the House will sit for the final time for the 2013-2018 session on Thursday (April 5).

This will be followed by Prime Minister Najib Razak launching his ruling party Barisan Nasional's (BN) election manifesto on Saturday, raising the possibility of Parliament being dissolved on Friday.

Cabinet minister Abdul Rahman Dahlan said this could be the case, given what has happened in previous years.

"Based on our previous experience, the launch of the BN manifesto will be held after the dissolution of Parliament. That is the tradition. I am not sure if Datuk Seri Najib will use the same method (of launching the BN's manifesto after Parliament is dissolved)," he told reporters yesterday.

Once Parliament is dissolved, a general election will be called and political parties will begin campaigning. In the last elections in 2013, the campaigning period was 15 days. The opposition has called for the Election Commission to set a campaigning period of no fewer than 21 days from Nomination Day.

Mr Najib has promised that his ruling coalition's manifesto will be "the best ever for the people".

Yesterday, The Malay Mail Online (MMO) news site reported that the ruling coalition had assessed that it has delivered on 99.4 per cent of the promises made in the last general election.

The score was based on BN achieving all the 16 initiatives that were promised to Malaysian voters in its 13th general election manifesto, MMO said in the report, after it obtained the BN's report card.

According to the report card, the 16 initiatives included easing living costs, uplifting the well-being of urban residents, providing affordable housing and access to quality healthcare, pushing for efficient public transportation services, as well as developing world-class infrastructure and rural transformation. 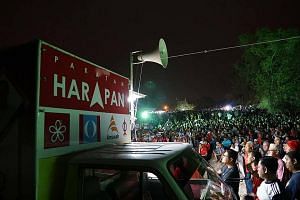 Not game over yet for Malaysia opposition despite new electoral maps, say analysts

In the news report, BN said it had completed the construction of 15 per cent of homes, or 145,983 units, in its pledge to build one million affordable homes. Another 31 per cent of these homes are under construction, as the government ramps up efforts to help Malaysians own a house.

But political analyst Awang Azman Awang Pawi cautioned that the numbers quoted in the report card may not present the whole picture. "For BN to really measure its success, it should take into consideration the impact felt by its stakeholders. The people should be the ones deciding whether BN has managed to deliver on its pledges," he said.

He added that bread-and-butter issues, especially the price hike on goods, remain the top concern.

"Malaysians are still complaining about the cost of living. Many of these people are not really against the implementation of the goods and services tax, but the lack of enforcement on price control, despite having a specific agency to enforce it," he said.

To sweeten the ground, Mr Najib has announced a slew of goodies for the public in recent days. These include a RM2.9 billion (S$980 million) allocation for bumiputera small and medium-sized enterprises, the availability of 10,000 units of the 1Malaysia Public Housing Project and a RM1.5 billion special trust fund for police cooperative members.

What BN says it has achieved

Malaysia's ruling Barisan Nasional (BN) coalition says it has carried out most of the promises made in its 2013 election manifesto.

The BN report card was issued ahead of the launch this Saturday of its 2018 manifesto, according to The Malay Mail Online (MMO) news site. 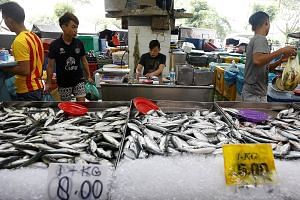 Here are some of its fulfilled pledges, as reported by MMO.

- Building one million "affordable homes": 15 per cent of them have been completed, comprising 145,983 units. Another 31 per cent, or 310,498 units, are under construction, and 45 per cent are in the planning stage. The remaining 9 per cent have been committed to, but their locations are yet to be determined.

- Improving the civil service: Scholarships were given out to 2,650 workers for them to get a degree and do other postgraduate studies. Another 1,705 government workers went for short courses to boost their skills.

- The only initiative that BN says it did not fully implement from 2013 was the promotion of Islam and religious freedom and harmony. It gives itself a grade of 91.7 per cent for this initiative.

A version of this article appeared in the print edition of The Straits Times on April 02, 2018, with the headline 'Malaysian Parliament could be dissolved this week'. Subscribe
Topics:
More
Whatsapp Linkedin FB Messenger Telegram Reddit WeChat Pinterest Print Purchase Article Copy permalink