Malaysia's Ministry of Health on Friday (Sept 1) denied reports that a hospital threatened to deny treatment to a a Singaporean man killed in a hit-and-run case in Johor Baru if payment was not made first.

Mr Tan, 24, was in JB with Mr Joshua De Rozario and four other friends from their primary school for supper when the accounting student of private school Kaplan was hit by a car.

He sustained severe injuries, and was sent to the Sultan Aminah Hospital in Johor Baru. He was there for about five hours before he was transferred to Singapore General Hospital. On Aug 30, he died around 12.30am when he was taken off life support.

Mr De Rozario later complained of the ordeal to Singapore media, alleging that the ambulance took a long time to arrive at the accident scene. The account was reported by several Singapore media outlets including theindependent.sg.

Mr De Rozario claimed that upon reaching the Sultan Aminah Hospital, they were asked to pay RM1,350 (S$429) each before its staff could start giving them treatment. 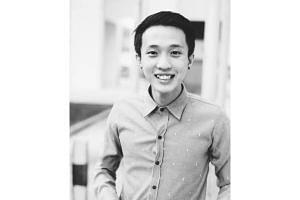 Singaporean youth who died in Johor Baru accident was a 'selfless, filial son'

But in a press release issued on Friday by Malaysia's Director-General of Health Datuk Dr Noor Hisham Abdullah, the Ministry of Health noted that after the 24-year-old sustained injuries, an emergency call was made at 2.57am, following which an ambulance was dispatched at 2.59am and reached the spot of the accident at 3.10am.

Subsequently, the ambulance departed from the scene with the patient at 3.15am.

The ministry said this was a timely response, with a despatch time of two minutes and a response time of 13 minutes.

Subsequently, Mr Tan was admitted to the "Red Zone" upon arrival at the Emergency Department of the hospital. It said that emergency treatment under an "Advanced Trauma Life Support" protocol was followed, which had already been initiated by the ambulance team.

"The Emergency Department team also initiated the necessary imaging (primary survey X-rays, CT-scan of brain, cervical and thorax), treatment (including intubation) and referral to the relevant team in a very timely and professional manner, without asking for any deposit since this is an emergency case," the ministry said.

This was in line with the MOH policy declared on March 4, 2015, regarding deposit payment for foreigners in MOH hospitals, it said.

"In view of the injury to his brain, the patient was referred to Neurosurgery team, and urgent decompressive craniectomy plus removal of clot and intracranial pressure monitoring was planned without demand for any deposit payment.

"Subsequent to this, the family members arrived, and only then they were requested to make deposit payment as per protocol for foreigner patient; but it is important to note that the emergency imaging and treatments required were not withheld or delayed," the ministry said.

However, Mr Tan's family members opted for discharge at own risk (AOR discharge) and arranged for his admission to a hospital in Singapore after understanding the risk involved in further delaying surgery.

The Malaysian Ministry of Health urged "all relevant parties to be responsible in reporting and further commenting, as releasing inaccurate information and baseless statement can lead to misunderstanding and disrupt the harmony.

"The MOH has always value life and does it utmost best to treat any patient, regardless of their background or nationality. This is in line with MOH ethos and corporate culture of 'Caring, Professionalism and Teamwork'."

'IT COULD HAVE BEEN A MISCOMMUNICATION'

When contacted, Mr De Rozario told The Straits Times the episode could have been a "miscommunication" amid the urgency of his late friend's critical condition, and that the group contacted Singapore media in hopes that the man who hit Mr Tan would be found and held accountable.

"When the accident happened, a lot of things were going on at once, so the wait for help to come felt really long then. I thought it took 30 minutes but their logs said differently," said Mr De Rozario.

"There were quite a lot of people there and someone else called the ambulance. We were in a distressed situation and didn't know what to do. In that situation, I didn't have a sense of the time and it did feel like 30 minutes.

"When we got to the hospital, they started treating him straightaway but they were speaking Malay and we were speaking English and we had difficulties communicating. At that point of time, what I heard was that we had to pay and in cash - it couldn't be in card. We didn't have a large sum of money on us and we had to run around finding an ATM. From our point of view then, it felt like we had to pay first.

Nothing was really communicated properly so it could have been a miscommunication. We didn't even know where he was at the time, but after we paid they told us to go to the red zone. Truth be told, I don't know and I can't comment on whether the hospital did all they could. I'm not medically trained and we had communication problems because we did not speak much Malay. So we thought it was better to bring him back. Perhaps there were things lost in translation."

Mr De Rozario added: "We contacted the media in hopes that the guy who hit him will be found and made responsible.

"We also realised that in Malaysia we didn't know what to do. Other people had to give us the embassy number and helped us in that situation. I'm saying all this not to attack the system there because I understand they operate differently and we might not have the privileges that we do in our own country.

"By speaking to the media, I want to make Singaporeans aware of the need to know emergency numbers, for example. So many of us go to JB just for supper or shopping and we don't realise we don't actually know what to do when something happens there. That's the point we want to convey.

"It's not about wanting to get revenge, because that is not going to bring Justinian back. We want to close it and move on."

“I am saddened by such news report. As such, I urge all quarters to respect the profession (of those) in the healthcare sector, especially in Johor, by not painting a negative picture,” he said in a statement cited by Bernama.

“Basically, it has not been the practice of the emergency department in  government hospitals to ask for a deposit before providing treatment for critical cases like the case mentioned above, including for foreigners.

“I refute the claim that the death (of the Singaporean road crash victim) was due to the delay of the ambulance or payment,” said Mr Ayub.