PETALING JAYA (THE STAR/ASIA NEWS NETWORK) - A student has found herself the unlikely subject of fame after her social media updates on national shuttler Lee Chong Wei went viral.

Ika Syazwani's Facebook posting, "Congrats my twin! #DatoLCW" was screencapped and shared widely on social media when netizens noticed that Ika had an uncanny resemblance to Lee.

But the jovial Universiti Utara Malaysia (UUM) student takes the attention in her stride.

"Who knew that people would say I look like Datuk Lee Chong Wei. Maybe its because we have a similar facial structure," said Ika, who explained that she got her looks from her Chinese grandmother.

This is not the first time Ika received attention for her resemblance to Chong Wei. Her images went viral once before in 2013 and has resurfaced after his Olympic silver medal win.

"I always feel like laughing about it because to me, the whole thing is funny. I did not expect it to become viral," she said, adding she also received some brickbats which she paid no heed to. 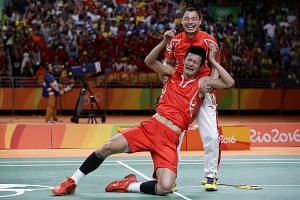 Olympics: Lee at peace with defeat 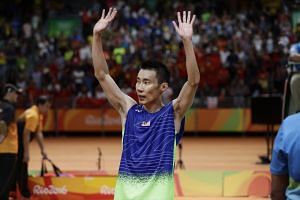 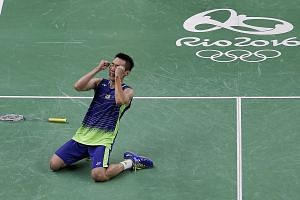 Ika avidly followed the Olympics finals match between Chong Wei and China's Chen Long and posted Facebook updates on the semi-finals between Lee and his arch-rival Lin Dan.

She is a huge fan of her doppleganger, and gushed over Chong Wei's performance at the Rio Olympics.

"Datuk Lee is in top form. I was so excited, I even felt like going to Rio. It was even more exciting when Datuk Lee got to the finals. I felt so proud," she told The Star Online.

"During the finals, he looked like he was tired. Maybe he did not get enough rest because of the semi-finals. Overall, Datuk Lee is the best. Even though it was a silver medal, but we know that he is one of the best players in the world. Congratulations once again," she said.

Although the 24-year-old mathematics and statistics major plays badminton occasionally, she is more interested in automotive sports like drag racing and drifting.

After her image went viral, Ika received a flurry of friend requests on Facebook and even strangers asking for her phone number.