SABAK BERNAM (THE STAR/ASIA NEWS NETWORK) - A day before departing Kuala Lumpur for Sarawak on an ill-fated helicopter flight that crashed on Thursday, Malaysian Plantation Industries and Commodities Deputy Minister Noriah Kasnon had written a message to one of her constituents saying: "I'm flying to the clouds."

Mr Saiful Bahari Yusof, an officer at Selangor's Sabak Bernam district National Unity and Integration Department, on Friday (May 6) recounted a Facebook conversation he had with Datuk Noriah before her Sarawak trip on Wednesday.

Responding to Ms Noriah's Facebook status update that she was heading to the Kuala Lumpur International Airport, Mr Saiful Bahari had asked: "Where are you flying (to), Datuk?" 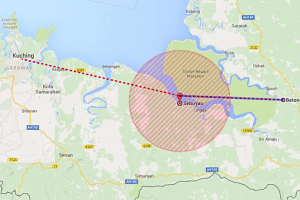 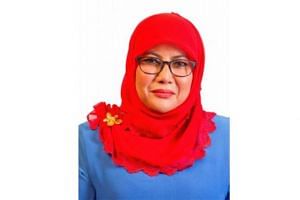 Deputy minister among VIPs aboard helicopter missing in Malaysia 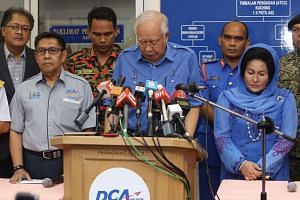 Mr Saiful Bahari said he had posed the question to her as she had written about having mixed feelings on her Facebook page earlier.

"That was what prompted me to ask her where was she flying. And she replied she was flying 'to the clouds'," added Mr Saiful Bahari.

"She's a very friendly and approachable leader," he told reporters outside Ms Noriah's home in Sabak Bernam in Selangor on Friday.

Search teams had on Friday recovered Ms Noriah's body near where the helicopter carrying her and five others is believed to have crashed.

Ms Noriah was the only female passenger on board the Eurocopter AS350, which went missing around 4.30pm Thursday on its way to Kuching from Betong, a small town in eastern Sarawak.

The crash had occurred in the midst of a heated state election campaign. Ms Noriah, who is also Sungai Besar MP, had made the trip to Sarawak on Wednesday to assist in the campaigning for the Sarawak elections.

Debris believed to be from the helicopter - a flotation device, a chair, parts from a door, rotor blade and wall - were also found near the river Batang Lupar earlier on Friday.

Mr Saiful Bahari said Ms Noriah had promised to attend a dinner programme hosted by his department on Friday.

"The programme was (initially) supposed to be on April 26 but Datuk Noriah put it off to today because she was busy helping in the Sarawak state elections."

"She also told my superior before she left for Sarawak that she would try her best to be present because she didn't feel comfortable sending a representative," he added.

Meanwhile, Ms Noriah's niece, who did not want to be named, said she had been staying at the deputy minister's home to care for her youngest three-year-old son since Thursday night.

"Her other children are travelling to Sarawak. So I'm keeping her son and the maid company while keeping an eye on her house," she said.