"Money has been paid but until today the shares haven't been transferred to the buyer," he said, adding that it was not known who Silk Road belonged to. "This is a classic case of money laundering. We will definitely investigate this."

He alleged that the deal was an attempt at "roundtripping", an accounting term for the sale of an asset while agreeing to buy back the same or similarly-valued assets later, a tactic largely used to launder money or evade tax.

The transaction took place in 2016, when Mr Lim was Penang chief minister and the state had frozen the plot acquired by 1MDB. He had said that questions surrounding the firm would have to be answered before the sale freeze was lifted.

Mr Lim said: "They circumvented the restriction on the Penang land by not asking for a land transfer, merely purchasing the company." 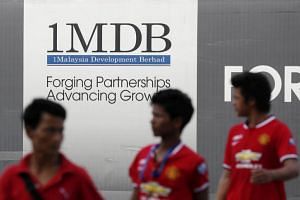 Financial paper The Edge reported on Monday that payment for the Penang land may have flowed from a RM10 billion gas pipeline project awarded by Suria Strategic Energy Resources (SSER), owned by the Ministry of Finance, to China Petroleum Pipeline Bureau in Nov 2016. The Chinese company received 88 per cent of the project payment despite only completing 13 per cent of the work.

Special Officer to the Finance Minister Tony Pua has said that the ministry believes cash from SSER was being used to cover 1MDB debts.