KUALA LUMPUR (Reuters) - Malaysia said on Thursday (Jan 19) it would pay a reward to any private company that found the fuselage of missing Malaysia Airlines Flight MH370, days after a fruitless, three-year hunt was suspended.

Australia, Malaysia and China ended the search for the aircraft on Tuesday, leaving one of the world's greatest aviation mysteries unanswered.

The Boeing 777 jet disappeared in March 2014, en route to Beijing from the Malaysian capital of Kuala Lumpur, with 239 people on board.

Malaysian Deputy Transport Minister Abdul Aziz Kaprawi said the government was open to credible private companies searching for it, and would reward any that found its fuselage. "All costs must be borne by them. We will only reward them if they are successful," Abdul Aziz told Reuters.

He said the size of the reward had not been decided. Any company intending to search should contact the government, and a decision would then be made on the reward, he said. 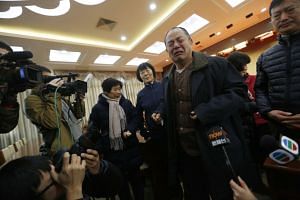 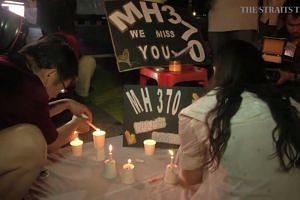 But the three countries involved were reluctant to keep looking without new evidence about the plane's final resting place.

Flight MH370 lost contact over the Gulf of Thailand in the early hours of March 8, 2014.

Subsequent analysis of radar and satellite contacts suggested someone on board may have deliberately switched off the plane's transponder before diverting it thousands of kilometres out over the Indian Ocean.

Since the crash, there have been competing theories over whether the plane was hijacked and whether it was under the control of anyone when it finally ran out of fuel.

The end of the underwater search drew swift and angry reactions from relatives of those on board, who have repeatedly called for the hunt to be expanded.

"We know the next-of-kin are not happy when we suspended the search," said Abdul Aziz. "We can't proceed until there is new evidence, but if there are credible companies that want to take on the search, then why not?" he said.

The only confirmed traces of the plane have been three pieces of debris found washed up on the island country Mauritius, the French island Reunion and an island off Tanzania.

As many as 30 other pieces of wreckage found there and on beaches in Mozambique, Tanzania and South Africa are suspected to have come from the plane.

On Wednesday, Australia said it was not ruling out a future underwater search.

Malaysia holds ultimate responsibility for the search given Malaysia Airlines is registered there. The aircraft is thought to have crashed west of Australia, placing it in its maritime zone of responsibility.

Most of the passengers were from China.

Abdul Aziz said the search costs had been borne by the three countries while the aircraft-maker, Boeing, had not committed anything.

"There's been no funding from Boeing," he said.

Boeing said in a statement it provided technical expertise and assistance, principally as advisers to government investigative authorities.

"In addition, at the direction and under the supervision of investigating authorities, Boeing provides exemplar hardware, testing analysis and laboratory services," the company said.