Dr Lee announced the mandatory ban while chairing a health forum at the Asian Institute of Medical, Science and Technology in Kedah.

The Star newspaper reported in September that the health ministry was pushing to gazette all open-air restaurants as no-smoking areas, according to Dr Lee.

The gazettement was not only to encourage smokers to kick the habit, but also to protect non-smokers from second-hand smoke due to tobacco products. 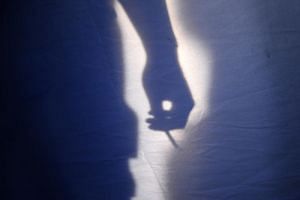 Getting to the heart of smoking matter

The Gopeng MP is also seeking his fellow MPs' support to shut down the smoking room in Parliament by October.

He hopes the MPs who smoke will take the opportunity to quit smoking.

"This gazettement is Malaysia's commitment as a member state to the Framework Convention on Tobacco Control and adheres to the guidelines under Article 8 of the World Health Organisation," he added.

The current Control of Tobacco Product (Amendment) Regulations 2017 prohibits smoking in 21 areas including hospitals, public toilets, lifts, government premises as well as air-conditioned shops and offices. Others include parks and government premises.