PETALING JAYA (THE STAR/ASIA NEWS NETWORK) - Malaysia has condemned "in the strongest possible terms the use of chemical weapons, by anyone, under any circumstances", said Malaysia's Foreign Affairs Ministry on Sunday (April 15).

The ministry said in a statement the UN Security Council had failed to agree on a dedicated mechanism for effective accountability for the use of chemical weapons in the country.

"Malaysia joins the UN Secretary-General (Antonia Guterres) in expressing our disappointment at this failure," it said.

"Malaysia is deeply concerned that the use of chemical weapons and the air strikes represent an escalation of the conflict in Syria, with dire consequences for the civilian population there, as well as region-wide ramifications," it said.

The ministry also raised concerns over the April 14 joint air strikes by the United States, France and Britain, saying that it believes all parties must act in a manner consistent with the United Nations Charter and international law.

"In this regard, Malaysia believes that no military solution can bring an end to the conflict in Syria. We urge all parties involved to find a political solution through dialogue and negotiations," it said.

It added that to achieve this, all parties must restrain from actions that can escalate the conflict and worsen the suffering of the Syrian people. 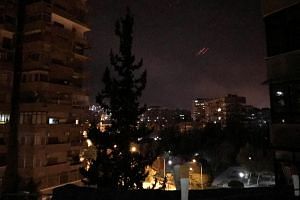 "The UN Security Council must rise above acrimony and rancour and instead unite to exercise their responsibility to end the bloodshed as well as to bring about peace and security to that beleaguered country," it said.

It said Malaysia is ready to play its role in addressing the humanitarian crisis in Syria.

The international community as a whole must take urgent steps to address the continuing humanitarian crisis in Syria, it said.

The statement was carried by Bernama news agency.