The scandal engulfing indebted 1MDB has triggered a political crisis for Prime Minister Najib Razak, who oversees the fund, and has contributed to the ringgit's fall to a 17-year low against the US dollar.

One of the sources familiar with the matter told Reuters Malaysian Anti-Corruption Commission (MACC) officials visited Goldman Sach's office in Kuala Lumpur on July 8, the same day the anti-graft authority visited the offices of 1MDB. "1MDB is the subject of investigations, not Goldman Sachs," this source said. 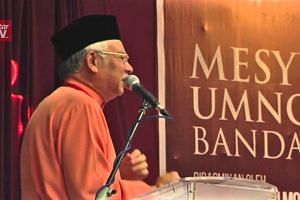 Goldman Sachs is working with the MACC on its request, this source said without providing more details.

The US investment bank has come under fire in the Malaysian media and among opposition politicians because of the fees it earned helping 1MDB rack up large debts.

Goldman Sachs helped 1MDB raise US$6.5 billion (S$9 billion) in three bond deals in 2012 and 2013, earning itself roughly US$590 million in fees, commissions and expenses, a person familiar with the situation said.

Goldman was able to book big fees because the deals were private placements and Goldman bought some of the bonds itself before selling them, debt bankers familiar with the bonds said.

But it made a lot more on the bonds, around 9 per cent of the total, than the more typical 1 per cent that is usually charged for arranging bonds.

Now burdened by more than US$11 billion of debt including various bonds, 1MDB is now seeking to offload assets parked under its power unit Edra Global Energy Bhd, and sell developmental rights in its high-profile property projects.

Investigators in Malaysia have been probing the management of the fund, including allegations that nearly US$700 million was channeled from 1MDB to the prime minister's bank accounts.

Najib, who also acts as finance minister in Malaysia and chairs 1MDB's advisory board, has denied taking any money for personal gain and last week the anti-corruption commission said the funds were from a donation, not from 1MDB, without elaborating on who the donor was.

The scandal is exactly the sort of thing Goldman has been trying to avoid since overhauling its approval process for transactions in the wake of the 2008-09 financial crisis.

Banks typically put increased scrutiny on deals where there may be reputational risk as well as financial risk, such as when dealing with governments and tycoons.

"Goldman should be the first to realise that if something seems to be too good to be true and the fees are that high, they should look for a problem," said Nell Minow, vice chair of ValueEdge Advisors, which provides corporate governance advice to institutional investors. "They have some real risk here."