Investment bank, four individuals accused of diverting $3.7b from bond issues they arranged for state fund

Malaysia will seek jail terms as well as billions of dollars in fines from Goldman Sachs and four other individuals who allegedly diverted about US$2.7 billion (S$3.71 billion) from bond issues they arranged for 1MDB, Attorney-General Tommy Thomas said in a statement.

This is the first time Goldman Sachs, which has consistently denied wrongdoing, has faced criminal charges in the 1MDB scandal.

Both former Goldman employees had already been charged over the scandal in the US last month, with Leissner pleading guilty, while Ng was arrested in Malaysia and faces extradition to the United States.

Low, who is accused of masterminding the fraud, has maintained his innocence and has absconded.

The whereabouts of Loo, against whom Malaysia brought other 1MDB-related charges this month, are not known. 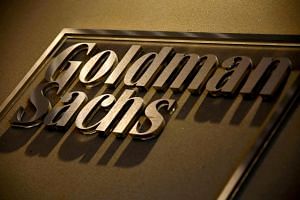 The news represented a fresh blow to Goldman, whose corporate culture has come under scrutiny as a steady stream of accusations surrounding its involvement in the controversy have emerged.

"The highest standards are expected of Goldman Sachs," said Mr Thomas, as he announced the charges. "They have fallen far short of any standard. In consequence, they have to be held accountable."

Goldman said in a statement that the charges were "misdirected" and that it would defend itself.

The bank has come under fire for its role in underwriting bonds totalling US$6.5 billion on three occasions for 1MDB, for which it earned US$600 million in fees.

The money earned by Goldman for the work on the bonds was "several times higher than the prevailing market rates and industry norms", the statement said.

Those accused personally benefited by receiving stolen funds and also had large bonuses and improved career prospects, while false statements were presented to investors suggesting that the proceeds of the issuance would be used for legitimate purposes, said Mr Thomas.

Prosecutors would seek fines well in excess of the US$2.7 billion allegedly misappropriated from the bond issuance and the US$600 million fees, as well as long prison terms for the accused, said Mr Thomas.

The charges under Malaysian security laws provide for a maximum jail term of 10 years.

Allegations that huge sums were looted from the investment vehicle, in a fraud that involved former Malaysian prime minister Najib Razak, contributed to the previous government's shock defeat in the May elections.

It emerged last month that former Goldman chief Lloyd Blankfein met Low at a reception in 2009 that was hosted by Najib at a hotel in New York.