BENTONG (THE STAR/ASIA NEWS NETWORK) - Outgoing Malaysia Airlines (MAS) chief executive Christoph Mueller has made it very clear his resignation was due to personal reasons and there were no other issues, said Malaysian Transport Minister Liow Tiong Lai.

"He has clearly said that the decision was due to personal reasons and family problems... We hope that this will not affect the restructuring of MAS," Datuk Seri Liow told a press conference in Bentong on Thursday (April 21).

"MAS has a bright future and Mueller had said that his efforts in restructuring and to develop MAS will be continued before he leaves.

"Mueller will still remain on the MAS board to assist it in the restructuring." 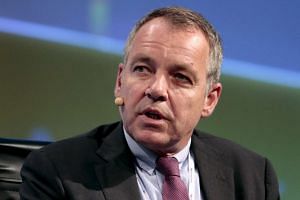 The German is the first non-Malaysian hand-picked to head the troubled national carrier. He took over from predecessor Ahmad Jauhari Yahya in May last year.

He told a town-hall briefing with MAS employees on Wednesday that his departure was not due to any political pressure or that the task to turn around the airline was too big for him.

He summed it up by saying that his departure was due to personal reasons and described his decision as something that would hurt his credentials and bank balance.

Mr Mueller is leaving two years ahead of his three-year contract, although he joined the airline four months ahead of schedule.

He also hoped to remain in the MAS board as a non-executive director to see through the transition until a new leader is picked.