KUALA LUMPUR • Malaysia will repeal a tough security law used by the former government to detain its critics without charge, Prime Minister Mahathir Mohamad has said, with activists yesterday hailing the "bold" vow.

It was the latest pledge by the country's new reformist leaders to roll back repressive legislation introduced by scandal-hit former premier Najib Razak, whose long-serving government was toppled at elections in May.

The 2012 law allows for suspects to be detained without charge for 28 days and can lead to a lengthy prison sentence. In a speech late on Sunday, Tun Mahathir said Najib had used repressive laws to do "whatever he liked" and vowed to abolish Sosma.

"The people will now be protected under laws that are fair, and any offences will be brought before and decided by the court," he was quoted as saying by the New Straits Times newspaper.

One of the most high-profile figures detained under Sosma was Ms Maria Chin Abdullah, the former leader of pro-reform group Bersih which staged huge rallies against Najib's government. She was arrested in 2016 on the eve of a demonstration and kept in solitary confinement for 10 days.

She is now an MP with the ruling Pakatan Rakyat alliance. 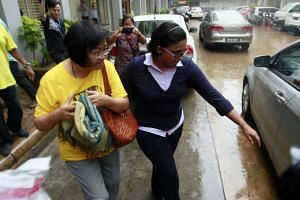 Najib launched a crackdown on government critics after allegations emerged that he was at the centre of a huge scandal linked to state fund 1Malaysia Development Berhad. Najib was arrested this month and has been charged with corruption.

Dr Mahathir, in his first stint as premier from 1981 to 2003, used the ISA to target critics. More than 100 people, including opposition politicians and activists, were arrested and detained without trial during a major crackdown in 1987.