Malaysia's longest-serving prime minister has quit Umno for the second time in his political career, following a bitter fallout with Datuk Seri Najib Razak, whom he helped install as Prime Minister nearly seven years ago.

Giving his reasons at a packed press conference yesterday, Tun Dr Mahathir Mohamad said he could no longer stay in Umno, which has become "Najib's party".

"I want to leave Umno because it is no longer Umno. It is a party dedicated to supporting Najib, protecting Najib and upholding whatever it is that he does, including some of the wrong things that he has done." 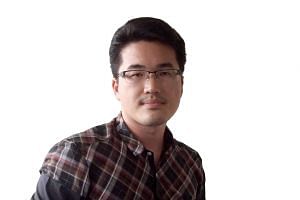 Mahathir quits Umno: A familiar episode but a different Umno

His resignation came after his son Mukhriz was forced to step down as Kedah chief minister on Feb 3, and sacked deputy prime minister Muhyiddin Yassin, also a Najib critic, was suspended as Umno deputy president last week. Dr Mahathir, who insisted his move had nothing to do with his son, urged Tan Sri Muhyiddin to also leave Umno.

He said he would not join another party but would align himself with a core group of Malaysians, including opposition leaders, who all want to see Mr Najib removed from power.

Dr Mahathir rejected criticism that it was the policies he put in place as prime minister from 1981 to 2003 that are allowing Mr Najib to remain in power.

"The judiciary in my time could even find Umno illegal. Do you think presently Umno will be found illegal by the judiciary? In the first place, the Attorney-General will not allow the case to go to the courts," he said, referring to Tan Sri Mohamed Apandi Ali, who was appointed by Mr Najib last July.

In a Feb 5 posting on his personal blog, Dr Mahathir said the Attorney-General had "no credibility" after he cleared Mr Najib of criminal wrongdoing over a US$681 million (S$958 million) Saudi "donation".

The bitter feud has gripped the nation since early last year. Dr Mahathir, 90, has gone on the attack against his former protege, demanding that he resign as prime minister over a financial scandal involving state fund 1Malaysia Development Berhad.