Actor could likely provide insights into financier at heart of scandal

WASHINGTON • Actor Leonardo DiCaprio made a secret appearance before a District of Columbia grand jury in recent months to testify as part of the Justice Department's expansive investigation into a multibillion-dollar fraud surrounding a Malaysian government investment fund, according to people familiar with the case.

The furtive appearance by the actor is the latest twist in a case that has drawn in a medley of characters - including a rapper who was once part of the Fugees, Malaysia's former prime minister Najib Razak and a prominent fundraiser for President Donald Trump.

Prosecutors consider DiCaprio a witness who can provide useful insights about a swashbuckling Malaysian financier alleged to have pilfered and laundered billions of dollars from the investment fund 1Malaysia Development Berhad (1MDB), and then financed a lobbying campaign to end the investigation, the people said.

The US Department of Justice (DOJ) had said US$4.5 billion (S$6.1 billion) was misappropriated from 1MDB by top Malaysian officials and their associates. DiCaprio is not a target of the probe.

The financier in the case, Low Taek Jho, was charged in federal court in New York late last year in connection with the theft and money laundering.

Prosecutors have pursued related cases concerning former Goldman Sachs bankers they say were involved in laundering money and a DOJ employee who admitted to helping the lobbying campaign.

It is unclear exactly what DiCaprio told grand jurors, or how the authorities were able to get him in and out of the federal courthouse without anyone noticing. 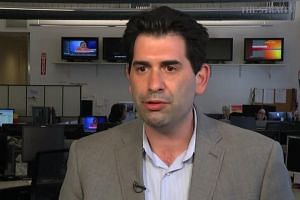 A DOJ spokesman and a representative for DiCaprio declined to comment. In the past, his spokesman has said he was cooperating with the probe and was "entirely supportive of all efforts to assure that justice is done in this matter".

Prosecutors recently alleged in court papers that former Fugees rapper Prakazrel "Pras" Michel was involved in setting up accounts to make payments for Low's lobbying effort to kill the investigation, and that he hired an investment firm owner to press his case with the Trump administration.

People familiar with the case said the investment firm owner was Mr Elliott Broidy, a veteran Republican fund-raiser who helped corral big donors to support Mr Donald Trump's campaign. Neither Mr Broidy nor Michel has been charged with any crimes, though people familiar with the case said investigators are still exploring whether they violated any laws.

Prosecutors allege in court papers that Low cosied up to DiCaprio, letting the actor gamble on his tab at The Venetian casino in Las Vegas, gifting him artwork and helping him get funding for the hit movie Wolf Of Wall Street.

Low and DiCaprio were introduced, prosecutors have said, by Riza Shahriz bin Abdul Aziz, the stepson of Najib, who has already been charged in Malaysia in connection with the scandal.

Low's whereabouts are not known although he is believed to be in China.

A version of this article appeared in the print edition of The Sunday Times on January 06, 2019, with the headline 'Leonardo DiCaprio testifies in US as part of 1MDB probe'. Subscribe
Topics:
More
Whatsapp Linkedin FB Messenger Telegram Reddit WeChat Pinterest Print Copy permalink