PETALING JAYA • Malaysia will tighten security at its borders following the recent spate of militant and terrorist attacks in neighbouring countries, and deploy more assets to these areas.

Defence Minister Hishammuddin Hussein said he has ordered the armed forces to beef up patrols across its borders.

"This is because of the incidents that have taken place in three of our neighbours - the bombing at a hospital in Bangkok, the bombing in Kampung Melayu, Jakarta, and the worsening conflict between Filipino forces and militants in Marawi City, Mindanao," Datuk Seri Hishammuddin said in a statement on Saturday.

While the Islamic State in Iraq and Syria has claimed responsibility for the Jakarta bus shelter bombing and the siege by Maute rebels in Marawi, it is still not known who planted the Bangkok hospital bomb.

"In Sabah, the armed forces will deploy more assets, including two additional ships for patrols and placing Quick Reaction Force members along with the troops already operating on the islands off the state," Mr Hishammuddin said.

Due to the proximity of Sabah's eastern coast to Mindanao in the southern Philippines, Malaysia's marine security is on high alert ahead of an anticipated influx of refugees and fleeing Islamist militants.

Mr Hishammuddin added: "Additional combat boat patrols at strategic locations and the deployment of an additional company of infantry at the Cenderawasih, Lahad Datu area, are to make sure the Lahad Datu coastline is fully guarded." 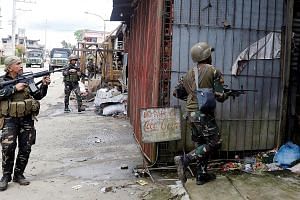 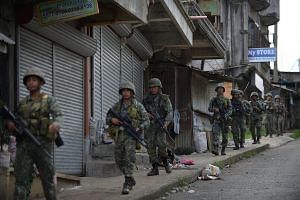 He said he has spoken to the defence ministers of the three countries and pledged that Malaysia, through its armed forces, would work closely with its neighbours to ensure security in the region.

Adding that he has also spoken to Deputy Prime Minister and Home Minister Ahmad Zahid Hamidi on the matter, Mr Hishammuddin said the global security landscape is becoming increasingly challenging.

"The recent terrorist attacks in Egypt, Manchester, Paris, Stockholm, Iraq and Afghanistan prove the threat is real," he said.

A version of this article appeared in the print edition of The Straits Times on May 29, 2017, with the headline 'KL to tighten border security after militant attacks in region'. Subscribe
Topics:
More
Whatsapp Linkedin FB Messenger Telegram Reddit WeChat Pinterest Print Copy permalink