President Joko Widodo plans to push through a moratorium on new concessions for oil palm plantations and land for mining activities, in a bid to protect the environment.

This means no more permits or licences for palm oil and mining companies to expand in Indonesia.

"We are not letting this happen again. Mining concessions should no longer overlap with conservation land," he said, adding that yields from existing oil palm concessions could be doubled with better seeds. 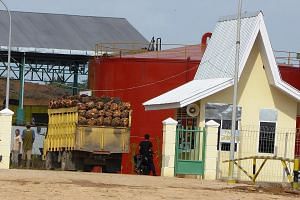 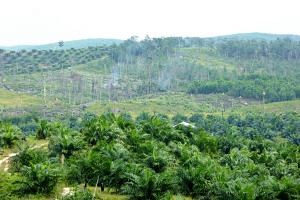 Mr Joko was speaking during a visit to Kepulauan Seribu, north of Jakarta, as part of International Forest Day celebrations yesterday.

He said he has ordered the relevant ministers to prepare the moratorium, but did not give a timeline for its implementation.

We are not letting this happen again. Mining concessions should no longer overlap with conservation land.

PRESIDENT JOKO WIDODO, on the planned moratorium on new permits.

"We have to be brave to do that, we have to be concrete, real," the President said, as he released turtles into the sea.

Industry analysts said Mr Joko's announcement is an indication that the Indonesian government is listening to green advocates.

Most also said that productivity is the way to go if Indonesia is serious about curbing deforestation while maintaining steady yields from existing plantations.

"The room to increase the productivity is huge, considering the fact that Indonesian oil palm plantation productivity is less than half the level of Malaysia," said Mr Zulfahmi, a senior consultant at Jakarta-based green group Aidenvironment.

In May last year, Mr Joko had extended a government moratorium on the clearing of primary forests and peatlands. It was the second time the ban on issuing concessions to plantation firms was renewed since a presidential decree was issued in 2011, but that was part of a larger goal of reducing deforestation and carbon emissions.

The latest move comes six months after the President, during the peak of last year's transboundary haze crisis, raised the idea of a wider moratorium.

Last October, the government also said it planned to claw back concessions in fire-prone peatlands that have not been cultivated.

The latest estimates by the United States Department of Agriculture indicate that oil palm and pulpwood plantations take up about 11 million ha and 4.5 million ha of land in Indonesia, respectively.

Mr Ekadharmajanto Kasih, president director of palm oil firm Sampoerna Agro, expressed concern over the lack of details in the planned moratorium. "It is not clear whether the moratorium is on the land where permits have already been issued for plantations," he said.