JOHOR BARU (THE STAR/ASIA NEWS NETWORK) - The Sultan of Johor has expressed his unhappiness that the palace has been dragged into politics ahead of Malaysia's upcoming general election.

Sultan Ibrahim Sultan Iskandar said he was "extremely upset" over a social media post that has gone viral.

He said a 2015 Facebook post by the Tunku Mahkota Johor Tunku Ismail Sultan Ibrahim had been distorted to give the impression the Crown Prince was criticising Tourism and Culture Minister Nazri Aziz over the recent Robert Kuok furore.

"It is fake news. It is a fabrication and I am very angry at this kind of false news. We want the police to trace the culprits behind this as we take this very seriously," said the ruler. "It is a serious offence to use the Johor Palace's name to create fake news," he said, adding that no one seemed to be spared from fake news.

Datuk Seri Nazri had reportedly called Mr Kuok a "pondan" (effeminate man) and a coward after a series of online articles claimed the billionaire was funding opposition parties and a news site to overthrow the government.

Mr Kuok has refuted the allegations and his lawyers are said to have issued letters to blogger Raja Petra Kamarudin and news portal Malaysia Today. Malaysia's online regulator has ordered the portal to take down the stories.

The Johor sultan warned the public to be more careful about fake news, which was expected to occur more frequently because of the upcoming poll, which must be be held by August.

He also advised the media and the public to check and verify the source of news "instead of simply forwarding" it to others. 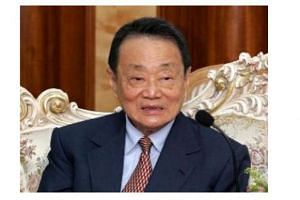 Billionaire Robert Kuok thanks Malaysians for supporting him after blogger's allegations

The Johor Royal Court Council also slammed an article from a Singapore news portal for falsely attributing remarks to the Johor royalty.

Its president Abdul Rahim Ramli emphasised that all statements made by the Sultan of Johor and Tunku Mahkota Johor are only released through the Royal Johor (Royal Press Office) official page, Johor Southern Tigers official page and The Star newspaper.

"If there are any statements from sources other than those I have mentioned, such statements are not true at all," he said in a statement posted on the Johor Southern Tigers Facebook page.

He strongly condemned an article from Singapore's The Independent that used and manipulated Tunku Ismail's statement on the political issue between Mr Nazri and Mr Kuok.

"Tunku Ismail never made any statement on the issue. I request everyone to stop linking His Majesty Sultan Ibrahim and Tunku Ismail with political issues," he said.

Checks showed that the portal has since retracted the article saying it did not meet its editorial standards and apologising for the grievances caused.