The Johor royal family has a reputation for not being afraid to voice its views about the Malaysian government.

In recent months, its comments about corrupt leadership, Malays aping Arab etiquette and how it is starting a Bank of Johor have unsettled the leadership in Kuala Lumpur.

But, the state's regent said, people are wrong to think of Johor as a "rebellious" state. 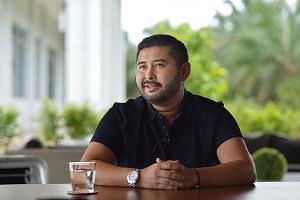 'Serving the people is what I was born to do': Johor Crown Prince 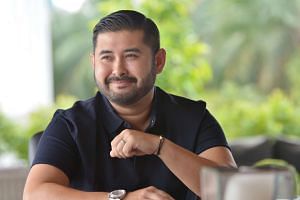 Comments by his family were made with the best interest of Johoreans in mind, said Tunku Ismail Sultan Ibrahim.

The troubled state of national politics has caused him to be worried about the future of Malaysia, he told The Sunday Times in an interview last Wednesday.

In June last year, his younger brother Tunku Idris caused a stir when he posted on his Instagram account that Johor had joined the Malay federation in 1946 on several conditions, including letting the power of the state government and matters on religion remain with the Sultan. "If any of these conditions are violated, then Johor will secede from Malaysia," Tunku Idris wrote in the posting that was later taken down.

The next month, Tunku Ismail made mention of corruption in high places when he commented in the Johor Southern Tigers' Facebook page.

Noting that the financial scandal involving state fund 1Malaysia Development Berhad was starting to get very hot, he wrote: "Corruption is a serious crime. Do you know what is the punishment for committing it? Nothing... if you are a member of certain organisations."

The Sultan also asked Malays not to ape Arab culture in areas like stopping men and women from shaking hands. The Johor ruler also asked the government to adopt English language education, like Singapore has.

Asked if Johor was mulling over secession, Tunku Ismail said last Wednesday: "So far, there is no need to get out of Malaysia, but Malaysia has to understand that they need us. I believe it's a very tricky situation but it is a situation that is not a secret. It has been out there for quite some time."

Johor is a key member of the Malaysian federation of 13 states and the federal territories of Kuala Lumpur, Putrajaya and Labuan. It is regularly ranked among the top five states in terms of its contribution to the national economy. It is also the only Malaysian state with its own private army, the small Johor Military Force.

Explaining his public criticism of the federal government, something which Malaysia's royal families traditionally avoid, he said: "I want to serve under a very transparent, professional, non-corrupt government... Why should I let my fellow Johoreans pick up the pieces and go through the mess for Putrajaya?"