No word from Indonesian Embassy on court warrant for director of haze-linked firm: MFA

The Indonesian Embassy has not made any representations to Singapore about the National Environment Agency (NEA) court warrant against the director of an Indonesian firm suspected of contributing to the haze last year, a Ministry of Foreign Affairs (MFA) spokesman said yesterday.

The spokesman was responding to media queries a day after Indonesia's Foreign Ministry spokesman Arrmanatha Nasir was quoted as saying the embassy had lodged a "strong protest" against actions taken by NEA. "Mr Arrmanatha's remarks are puzzling," the MFA spokesman said.

Errant pulp and paper companies have been blamed for causing forest and peatland fires in Indonesia that led to thick, choking haze throughout the region in September and October last year.

Since then, NEA has issued notices to six Indonesia-based companies, asking them to outline the steps they are taking to put out and prevent fires on their land. 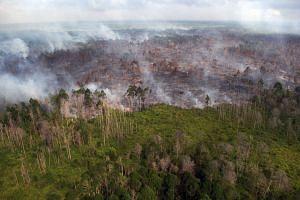 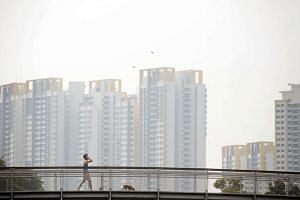 In the latest move, NEA said on Wednesday that it had obtained a court warrant against the director of an Indonesian company who failed to turn up for an interview with the authorities in Singapore, despite being served a legal notice to do so when he was in the country.

The director, who has since left Singapore, may be detained if he tries to enter the country again, "for the purpose of investigations", an NEA spokesman said, without naming him or his company.

NEA said the move was in accordance with Singapore's Transboundary Haze Pollution Act (THPA) - passed in Parliament in 2014 - which allows the authorities to punish those causing or condoning fires that result in unhealthy levels of haze in Singapore.

The MFA spokesman yesterday said the THPA's purpose was to prosecute and deter firms responsible for transboundary haze pollution in Singapore, whether Singaporean or foreign, as well as those holding positions of responsibility in these firms.

She said: "The THPA is consistent with international law, which allows a country to take appropriate action to protect itself from external acts that cause harm within the country. It does not encroach upon the sovereignty of any specific country."

She added that Singapore was "puzzled" about why Indonesia did not welcome efforts to hold those responsible for the haze, which affects the well-being of people in the region, including Indonesians, who are the worst affected.

The spokesman reaffirmed that Singapore remained committed to working with the Indonesian government to tackle the haze issue in the spirit of cooperation and mutual respect for each other's laws.

A version of this article appeared in the print edition of The Straits Times on May 14, 2016, with the headline 'Jakarta's remarks on firm linked to haze 'puzzling''. Subscribe
Topics:
More
Whatsapp Linkedin FB Messenger Telegram Reddit WeChat Pinterest Print Purchase Article Copy permalink