JAKARTA (REUTERS) – Indonesia is determined to assert its exclusive right to a corner of the South China Sea where there has been a run of skirmishes between Indonesian navy ships and Chinese vessels, the vice-president said on Monday (June 20).

Jusuf Kalla told Reuters that Indonesia would send a message to Beijing demanding that it respect the Southeast Asian nation’s sovereignty over waters around the Natuna Islands.

China’s Foreign Ministry said over the weekend that an Indonesian naval vessel fired on a Chinese fishing boat near the chain of islands on Friday, injuring one person.

Indonesia’s navy responded that it had fired warning shots at several boats with Chinese flags it accused of fishing illegally but there were no injuries.

It was the third reported confrontation near the Natuna Islands this year and comes amid rising regional tensions over China’s assertiveness in the South China Sea.

“This is not a clash, but we are protecting the area,” Kalla said in an interview with Reuters at the presidential palace. 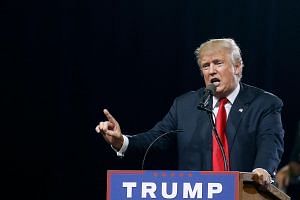 Asked if the Indonesian government had made a decision to be more assertive, he said: “Yes, we will continue.”

Asked about Kalla’s remarks on Monday, Hua Chunying, a spokeswoman for China’s Foreign Ministry, said China had expressed condemnation of the “indiscriminate use of force”.

“We urge the Indonesian side to refrain from any action that complicates or magnifies the dispute, or impacts the peace and stability of the region,” Hua said.

Indonesia is not part of a broader regional dispute over China’s reclamation activities in the South China Sea and Beijing’s claims on swathes of key waterways.

But Jakarta has objected to China’s inclusion of parts of the Indonesian-ruled Natuna Islands within a “nine-dash line” Beijing marks on maps to show its claim on the body of water.

China has said it does not dispute Indonesia’s sovereignty over the Natuna Islands, but Kalla said its ships sometimes claim that they have the right to operate in waters around the islands because they are “traditional Chinese fishing grounds”. “But we are focused on the legal basis,”

Kalla said, referring to the United Nations Convention on the Law of the Sea. “We will send a message to the other side to honour the area in accordance with the law.” China claims most of the South China Sea, through which US$5 trillion (S$7 trillion)  in ship-borne trade passes every year. The Philippines, Vietnam, Malaysia, Taiwan and Brunei have overlapping claims.