Indonesia is set to put in place counter-measures that mitigate the anticipated uncertainties caused by the trade war between the US and China, which has hit investors' confidence at home and put pressure on the rupiah.

"Everyone sees that the problem is the uncertainty itself from the policy side. What we can do now is to mitigate, to minimise risks faced by industries," Finance Minister Sri Mulyani Indrawati told reporters yesterday.

President Joko Widodo led a ministers' meeting after US President Donald Trump last Friday imposed 25 per cent tariffs on US$34 billion (S$46 billion) worth of Chinese goods. Calling it "the largest trade war in economic history", China responded by hitting back with retaliatory measures on US$34 billion in American goods.

Late last month, the People's Bank of China directed the yuan lower against the US dollar, a move observers said was meant to pre-empt and fend off the impending US tariffs. A weaker yuan would make Chinese products more affordable, but also drag down the currencies of other Asian countries by affecting China's ability to buy raw materials from markets such as Indonesia and Vietnam.

After Mr Joko's meeting, Industry Minister Airlangga Hartarto said the government would give incentives to manufacturers willing to move their plants from well-developed West Java to less populous provinces like Central Java, where labour and land costs are lower. 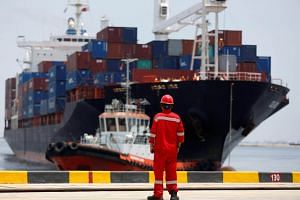 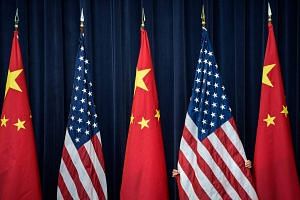 Middle powers must do more to reshape global order: Experts

Mr Airlangga said tourism has been prioritised as a sector that can quickly be relied on to drive economic growth.

Last year, Mr Trump called for an investigation into trade imbalances between the US and partner countries, including Indonesia, in a bid to raise revenues.

Mr Airlangga said he did not foresee any imminent trade tension with Washington, as South-east Asia's largest economy ranks quite low in the list of countries with which the United States has a trade deficit.

The trade deficit with Indonesia dates back to at least 1985, according to US data. In the first five months this year, the US booked US$5.75 billion in deficits, compared with US$13.35 billion for the whole of last year.

The US is a major trading partner for Indonesia, whose non-oil and gas exports to that country accounted for 11 per cent of total exports in the first quarter, making the US the second-largest destination after China.

Maybank Indonesia economist Myrdal Gunarto told The Straits Time that Indonesian products that could be affected by the tariffs are textiles, rubber, shoes and fish, which are among Indonesia's main exports to the US.